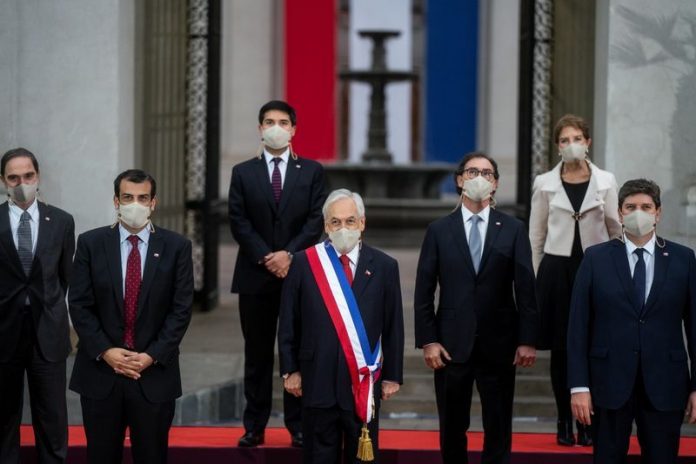 SANTIAGO (Reuters) – Chile’s President Sebastian Pinera on Tuesday appealed to the ideologically-diverse 155 men and women elected last month to draft the country’s new constitution to abandon the “politics of the trenches” to engage in open dialogue and reach agreements.

The outgoing centre-right president said in his annual State of the Nation address that he would convene the new body “in the coming days.”

He said hoped the constitutional convention would “rigorously respect the limits and rules” of its mandate and preserve the rights, opportunities and freedoms of all Chilean citizens.

He added that while he respected the body´s autonomy, as a citizen himself he wanted to see water and property rights – both potential areas of conflict in the drafting of the new text – to be safeguarded along with rights to health, quality education, housing, work, social benefits, and also life, including that of fetuses.

“An agreement will only be possible if we are willing to talk and listen to each other and abandon the politics of the trenches so that history remembers (the convention) as those who forged powerful agreements and a better future for Chile,” he said.

More than three quarters of Chileans voted last October to tear up the current magna carta which was drafted during Augusto Pinochet’s 1973-1990 military dictatorship and has been credited with underpinning Chile´s free market model but also driving widespread inequality.

The move has sparked alarm among businesses operating in Chile who have sought reassurances from government that international treaties and property rights will be respected.

Pinera´s ruling Chile Vamos coalition vowed to win at least at third of seats on the body which was elected by another popular vote last month to block any proposed more radical changes.

However, both centre-right and centre-left candidates fared poorly in the vote, with a majority of seats going to independent candidates largely from the left, many from coalitions of social groups that emerged out of protests over inequality that exploded in 2019.

Probe of 530 deaths discovered none linked on to Covid-19 vaccine jabs, Dewan Rakyat...

Here are three myths about the Covid-19 booster shot