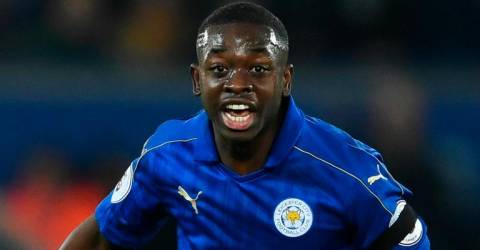 LONDON: Leicester midfielder Nampalys Mendy (pix) signed an extension to his contract Monday, keeping him at the midlands club until at least the summer of 2022.

The 28-year-old Frenchman has played 49 times since making his Leicester debut in 2016, though he spent one season on loan at Nice.

“The more I’ve seen of him, the more impressed I’ve been,” Leicester manager Brendan Rodgers told the club’s website.

“So I’m delighted he’s extended his deal with the club as he has an important role to play.

“To have someone with his experience, quality and maturity is a big boost for us, especially with European football next season.”

Leicester finished fifth in the Premier League last season, missing out on a Champions League spot on the final day but securing a place in the Europa League. – dpa