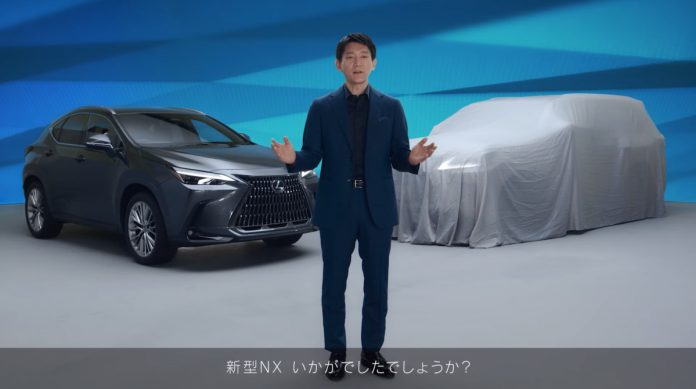 In the online workshop for the new 2022 Lexus NX last week, the host ended our ASEAN media session by talking about the road ahead for the brand, which Hiroo Togashi, GM of Lexus brand management, describes as entering a new stage.

There are two aspects to this new stage – one is electrification and the other sees Togashi describing his company as a “luxury lifestyle brand” (note ‘lifestyle’ instead of ‘car’). To achieve the latter, “we need to provide an attractive product and an attractive brand experience – the new NX is such a product,” he said.

You can dive deep into the second-generation NX here; as for experience, Lexus has a good base to build on, as the brand is renowned for its omotenashi Japanese hospitality. To this end, there are two new models lined up for 2021 – one is the new NX, and “one is coming later this year, please stay tuned”. What could be the next new model for 2021? Looking at the current Lexus line-up and the activity over at Toyota, we would have guessed “new LX”. Lexus has now released an NX video teasing the upcoming model, which sits next to the just-revealed model, under wraps. We can see that it’s also an SUV, but a fair bit bigger and boxier than the NX. Has to be a new LX, right?

The car under wraps could very well be the current LX. If you look closely, there’s a Japanese number plate under the cloth. Perhaps the real thing isn’t ready yet, but it’s the meaning behind the tease that matters.

A new generation LX makes sense. Today’s giant SUV was unveiled in August 2015 as a major facelift of the third-generation LX that first hit the market in 2007. That’s 14 years ago. The LX has always been based on the Toyota Land Cruiser, and a new generation of the icon was revealed just last week.

On the electrification front, Lexus has already stated that by 2025, it plans to introduce 20 new or improved models, including more than 10 electrified models such as full EVs (BEV), plug-in hybrids (PHEV) and regular hybrids (HEV), in line with the needs of each market and region. By 2025, Lexus also aims to offer electric variants of all its models, with the sales ratio of BEVs exceeding that of ICE vehicles.

While Lexus and Toyota were hybrid pioneers, they’ve been slow starters in the PHEV and BEV races, having bet on hydrogen fuel cell tech as “the future of driving”. Lexus is making up for lost time now. The brand launched its first BEV late last year with the UX 300e, and the new NX 450h+ is Lexus’ first PHEV. The next step comes in 2022, when the brand will reveal its first dedicated BEV model.

Dedicated BEV means that it will be a stand-alone electric car, and not a regular model repurposed to be an EV like the UX 300e. In March, Lexus revealed the LF-Z Electrified concept, which it described as “symbolic of Lexus’ brand transformation and incorporates driving performance, styling, and advanced technology set to be realised by 2025”.

So, production LF-Z or something else altogether? In the words of Togashi, please stay tuned.

How the US and Ukraine have harmed Russia’s disinformation machine

PropertyGuru to go public in merger with SPAC, Malaysian firm to invest

Toyo Proxes CR1 launching in Malaysia today – watch it live at 9pm and...