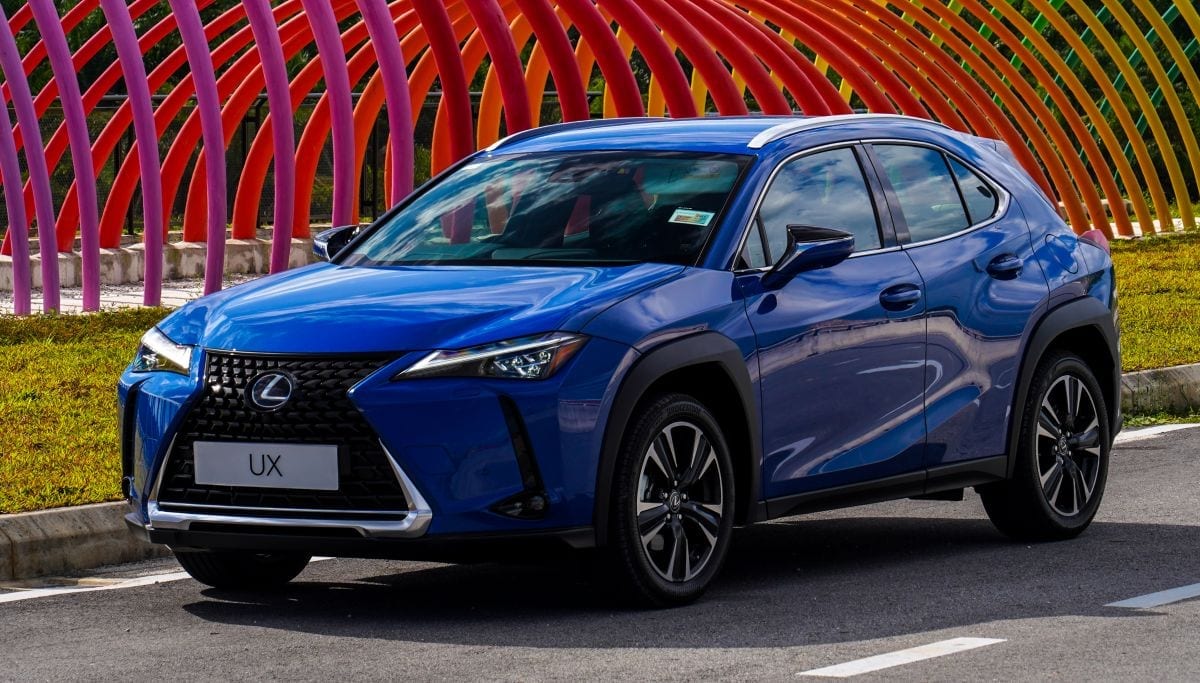 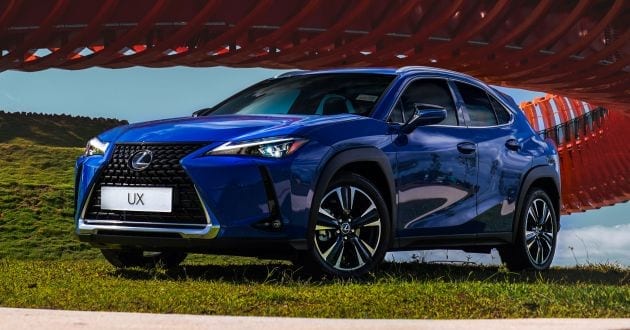 It seems rather long ago no thanks to Covid-19 and the resulting movement control order (MCO), but the Lexus UX was officially launched in March, which is just four months ago. That it felt so long ago could be because most of that quarter year had nothing going on in the car world. Let’s revisit Lexus’ junior crossover then.

The Lexus UX 200 sits below the NX and RX in the premium brand’s SUV range. Other starter SUVs in the premium arena include the Mercedes-Benz GLA, BMW X1 (and the fancier X2), the Audi Q2 and Q3, as well as the Volvo XC40. Here, we’ll take a look at the UX vis-a-vis players in the premium compact crossover segment, in terms of size, specs and kit.

All three trim levels share the same 2.0 litre naturally-aspirated Dynamic Force four-cylinder engine with 169 hp and 205 Nm of torque at 4,800 rpm. Also found in the just-launched Toyota RAV4, M20A-FKS with D-4S direct injection is paired to a Direct-Shift CVT with a 10-speed virtual ratio function. Steering paddle shifters are available on the F-Sport. The 0-100 km/h sprint is done in 9.2 seconds and top speed is 190 km/h. Front-wheel-drive is the class default.

The first Lexus model to be underpinned by the Global Architecture – Compact (GA-C) platform – which is essentially the premium edition of the well-regarded Toyota New Global Architecture (TNGA) – Lexus promises comfort and agility, along with a “distinctive driving personality”. Suspension consists of front MacPherson struts and double wishbones at the rear. 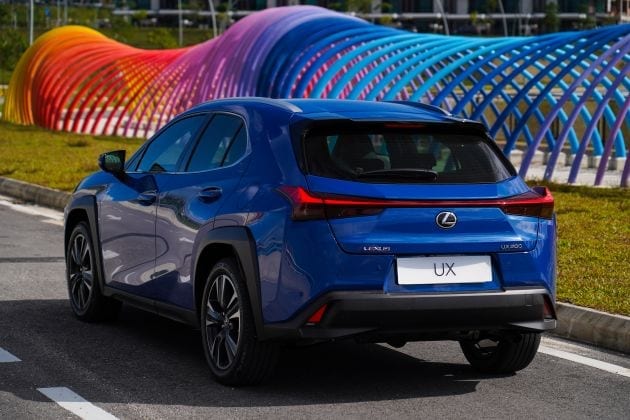 We’re guessing that there are two kinds of premium SUV buyers. The default group goes for size – think Mercedes-Benz GLC, BMW X3, Audi Q5 – but there are some who want the trappings of an SUV, but prefer a more car-like driving experience, and size, as they don’t need to ferry a family. These are bought as “lifestyle” cars – the Mercedes-Benz GLA, BMW X2 (X1 is small but conventional), MINI Countryman and the Volvo XC40 are some that we can think of. The Lexus UX joins this corner of the class, we reckon.

The UX’s footprint is slightly larger than the GLA and Countryman, and is around the size of the XC40. Compared to the junior XC, the Lexus is 70 mm longer but 23 mm narrower.

The Lexus UX is alone in the class to breathe naturally – all the European players have either a 1.6 litre (GLA 200) or 2.0 litre turbo engine, with Audi making do with a 1.4T. As such, it has the slowest 0-100 km/h time and lowest top speed, although 169 hp/205 Nm would be adequate for a compact SUV in the urban context. 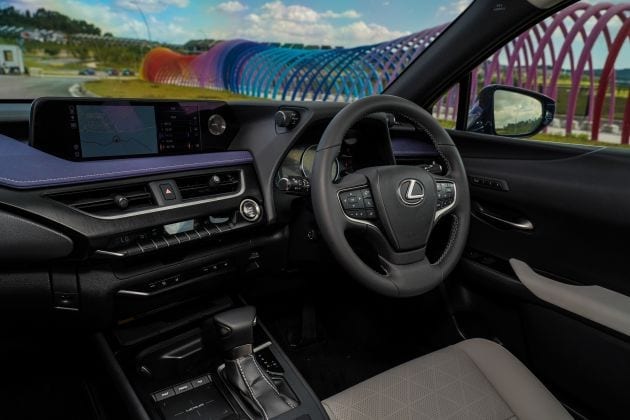 NA engine aside, it’s also the only car here to use a CVT gearbox instead of the class’ default seven-speed dual-clutch auto (the XC40 comes with a torque converter eight-speed auto).

At a glance, and as pundits who aren’t putting money down for one, it immediately looks as if the Lexus is technically inferior, but not everyone wants a turbo engine and DCT. Some argue that a more conventional powertrain is more reliable, and if you’ve been saddled by a problematic car before, you’ll appreciate the serenity of a fuss-free ownership experience. There are plenty of options for the tech-minded, but the Lexus provides variety.

As for performance, the latest crop of CVTs are great daily boxes and a far cry from early examples. If the C-HR is fast and responsive enough (fun even!), the Lexus UX should be fine. It also depends on what car one is coming from – if it’s an NA-powered mass market brand model, the transition will be seamless. 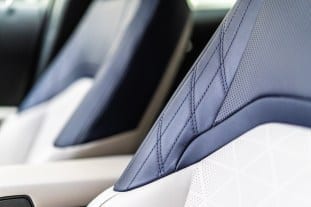 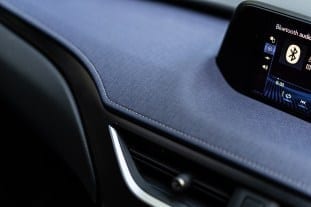 The Luxury also gets 18-inch two-tone alloys (an inch up), while the top surface of the dashboard features a texture inspired by Japanese washi paper. There’s also Qi wireless charging. 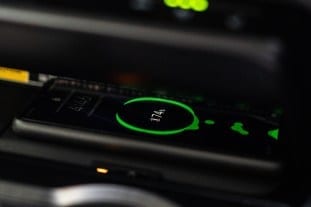 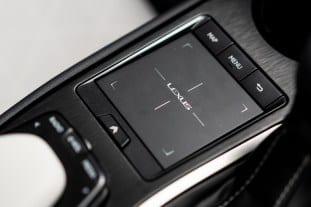 For those who want sport in everything, there’s the UX F Sport. As usual, the exterior gets a more aggressive look courtesy of larger air intakes, a criss-cross grille mesh and unique 18-inch wheels in a grey finish that matches the front and rear bumper inserts.

Other F Sport-exclusive performance-oriented kit include steering paddle shifters, adaptive dampers and a rear “performance damper” to control and absorb small distortions and vibrations. The F Sport cabin gets its own sports seats, alloy pedals, a head-up display and an LFA-style instrument display with a moving rev counter/centre ring. That’s a fair bit of kit for a RM15k premium over the Luxury.

Today, even the Perodua Axia, Malaysia’s cheapest car, comes with active safety features such as autonomous emergency braking (AEB), so you’re right to expect a safety pack on SUVs costing more than RM200k. But sadly, that’s not the case. The BMW X1/X2, Mini Countryman and Audi Q2 stop at stability control and six airbags. The Mercedes GLA does slightly better by adding a driver’s knee airbag (seven in total), AEB and auto high beam. 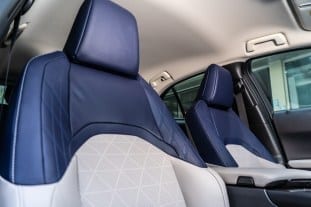 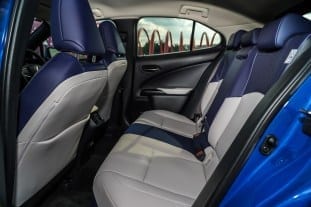 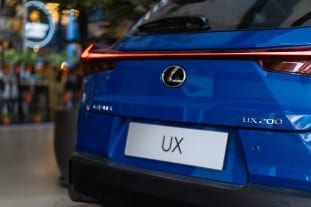 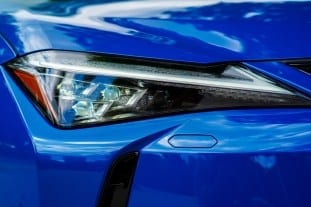 Of the premium compact SUV lot, only the Volvo XC40 comes close in terms of safety kit – the Swede also packs in all of the above, with one less airbag (front passenger knee). And that’s before the UX pulls out its final safety card, a 360-degree parking camera on the Luxury and F Sport. Once again, if a Perodua Axia buyer can have AEB, perhaps it’s time for German premium brands to step up and do the minimum in this aspect.

As for practical equipment, the UX’s Apple CarPlay/Android Auto connectivity, wireless phone charger and 360-degree parking camera will be useful in everyday life, along with the ventilated seats in our weather. The phone connectivity is standard for all in the field except for the BMWs, while the youth-focused Countryman and XC40 are the only other cars to have wireless charging. The parking camera and the UX F-Sport’s adaptive dampers are Lexus-only in the Malaysian context. 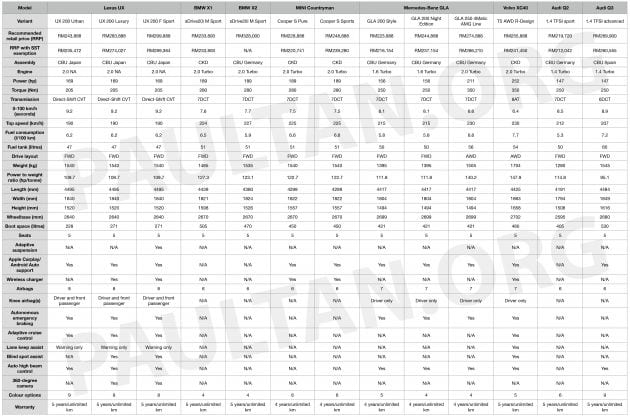 Lastly, price. Lexus models are never the cheapest in Malaysia due to the fact that they’re all CBU imports from Japan, competing against rivals with local assembly. Throw in the EEV/hybrid CKD incentives that some have received from the government and the gap becomes wide. Too wide to be competitive, at times.

It may be a new nameplate (UX, not Lexus) competing against well-established model lines, but the marque’s sharp and unique design language, coupled with the UX’s “friendly” size, may appeal to those who want something different.

Malaysian social enterprise on a mission to eradicate illiteracy

Dear Thelma: Feeling hurt, angry and betrayed by my friends