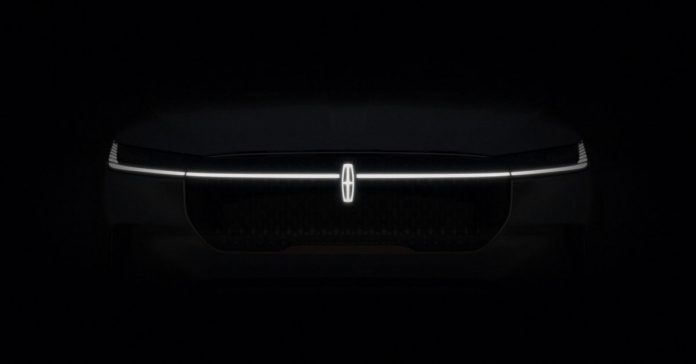 Lincoln has announced plans to electrify its entire vehicle range by 2030, and will unveil a new, fully electric SUV to coincide with the brand’s centenary next year. The luxury division of Ford says this is part of the Ford+ roadmap that involves an investment of more than USD30 billion, adding that it expects half of global sales to be zero-emission vehicles by 2025.

The yet-unnamed EV will join plug-in hybrid versions of the Aviator and Corsair, and will be built on a modular platform that can accommodate rear- and all-wheel drive electric powertrains.

It was previously reported that Rivian’s stakeboard electric platform would underpin Lincoln’s EV SUV, but that plan was cancelled due to the Covid-19 pandemic. Lincoln did not provide any details about its platform, but it said the architecture will also be used for “four new and distinct fully electric vehicles.”

Along with the announcement, Lincoln also dropped a few teasers of what its upcoming EV SUV will look like. The design is said to be inspired by the Zephyr Reflection concept car that was unveiled at Auto Shanghai in April, which showcased the brand’s “Quiet Flight” philosophy.

Based on the images provided, the SUV’s face will feature LED lighting that stretches across the grille and extends into the headlamps. Meanwhile, the lower apron sports vertical inlets at the sides that meet with black trim that helps to frame what should be a bumper guard.

As for the interior, sketches show a flat floor and four individual seats, along with plenty of glass to help create an open and airy feel. The dashboard is dominated by a coast-to-coast display that showcases the brand’s Constellation digital design language.

The company also took some time to discuss some of the technologies that will make its way into Lincoln vehicles, including the cloud-based Lincoln Intelligence System. Vehicles with SYNC 4 will also receive updates to provide new features, while future plans include using an Android-based operating system.

How to Launch a Virtual Conference for Lead Generation and Customer Acquisition: A Step-by-Step...

Lira on four-day skid as Ankara struggles to hold confidence