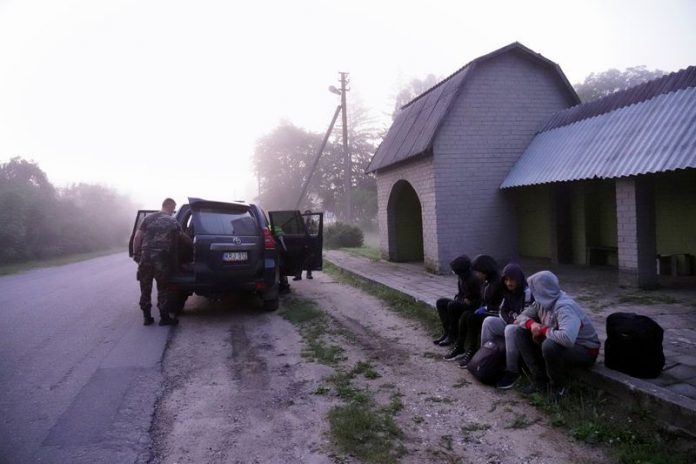 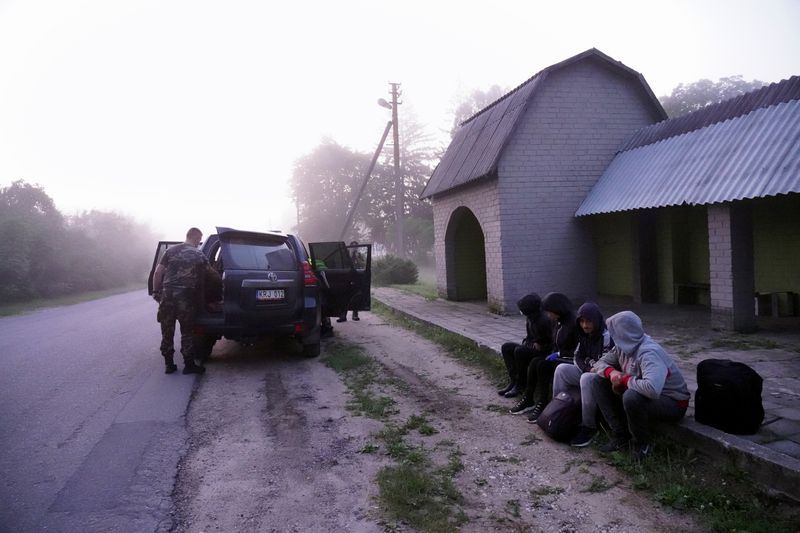 VILNIUS (Reuters) – Lithuania began building a barrier along its border with Belarus on Friday after accusing Belarusian authorities of flying in migrants from abroad to send illegally into the European Union.

Belarus in May decided to allow migrants to enter EU member Lithuania in retaliation for sanctions imposed by the bloc after Minsk forced a Ryanair flight to land on its soil and arrested a dissident blogger who was on board.

“If someone thinks we will close our border with Poland, Lithuania, Latvia and Ukraine and will become a holding site for those running from Afghanistan, Iran, Iraq, Libya, Syria, Tunis and further down Africa – if someone thinks so, he is misguided, to say the least”, Belarus president Alexander Lukashenko said on Tuesday.

Belarus is guarding the border now only as much as it is “profitable” to it, and as much as it can financially, the president said.

“If someone wants more, we are ready to go to the table and agree on what conditions we would do it”, he added.

Lithuania announced on Wednesday it would put up the frontier barrier and deploy troops to prevent migrants crossing illegally into its territory. The 679 km (420 mile) border Lithuanian-Belarus border runs over sparsely populated areas, with large stretches going through forests and marches.

Just over 1,500 people crossed the frontier this year, with 900 of them coming over the first nine days of July.

Lithuanian Prime Minister Ingrida Simonyte told national broadcaster on Friday she didn’t expect the migrant flow from Belarus to subside on its own.

“As the Belarus regime is making money from these people for visa charges and, I think, gets other income from them as well – it would be difficult to expect any positive trend without additional means of impact”, she said.

About 78 km (48 miles) of the border was fenced in preceeding years, and about 258 km (160 miles) are monitored electronically, according to Interior Ministry.

Simonyte said on Wednesday Belarus had been offering migrants flights to Minsk, citing documents found on at least one migrant who had reached Lithuania.

She said the main airport from where people flew into Belarus was Baghdad, and her foreign minister said people were also coming from Turkey.

Snake on a plane: Slithery serpent forces plane bound for Tawau to land in...