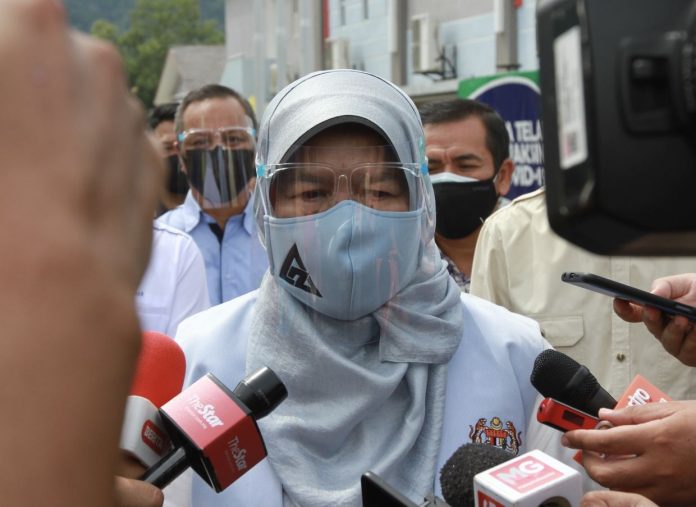 The Housing and Local Government Minister said local authorities could enforce the Prevention and Control of Infectious Diseases Act (Act 342) together with the Local Government Act 1976 (Act 171).

“On June 29, the federal government delegated the power to local authorities to take action against any party, including individuals, companies and factories who do not comply with the SOPs and they (the parties) can be compounded through Act 342.

“Local authorities throughout the country can enforce it, so there is no issue of not being able to close factories because they can use Act 342 and supported by Act 171 which gives them the power to close (these places) and take court action (against them),” she said.

On Wednesday (July 14), Selangor Local Government and Public Transport Committee chairman Ng Sze Han reportedly said local authorities did not have the power to close down factories to curb the spread of Covid-19 because the power was under the federal government.

Meanwhile, Zuraida said the Science, Technology and Innovation Ministry had allocated 225,000 doses of Covid-19 vaccines to the Housing and Local Government Ministry and the National Unity Ministry to provide vaccinations for Orang Asli, Felda settlers, traditional villages, hawkers and residents of the People’s Housing Programmes.

“For Sabah and Sarawak, the National Unity Ministry will go through the Rukun Tetangga community where the residents’ chairman will make phone calls to residents to make sure they register and keep to the vaccination appointment,” she added.

On the outreach programme in Maran, Zuraida said 1,000 residents in the area would be receiving the vaccine during the three-day programme which began Wednesday. – Bernama