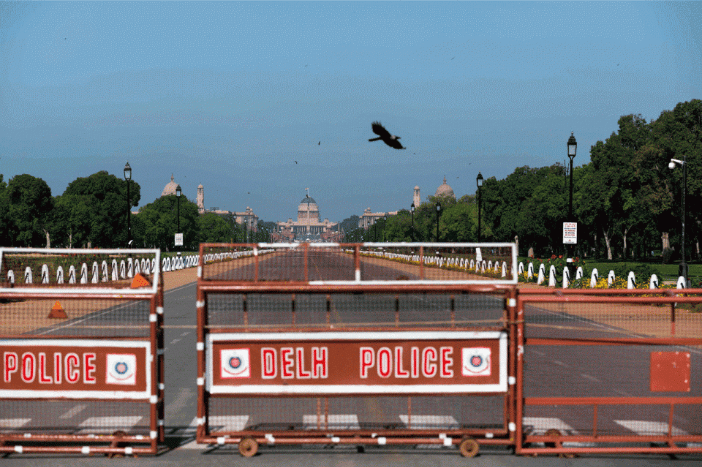 NEW DELHI: Residents of Delhi, regularly listed as one of the world’s most polluted cities, are revelling in azure skies and clean air as a result of the coronavirus lockdown.

The dramatic change has been brought about by a lack of cars on the roads, shuttered industries and the halting of construction since a nationwide lockdown was ordered on March 24 to halt the spread of the deadly virus.

“We’ve never really experienced clean air like this,” said Anumita Roy Chowdhury of the Delhi-based Centre for Science and Environment.

“This is an amazing experience, but we must capitalise and learn from this,” she told AFP.

India’s Central Pollution Control Board and other monitors have all reported a major fall in pollution levels in the Indian capital — as well as other major cities.

On Wednesday, world Earth Day, levels of PM2.5 particulate — the most dangerous for human health — were “satisfactory”, a far cry from days when they are 20 or 30 times accepted limits.

“It is like the Delhi of 20 or 30 years ago,” said Krishna Singh, a government worker.

“It is such a shame we are barely allowed to go out to enjoy this.”

Other areas of the vast country have also seen big differences in air quality.

In nearby Punjab state, residents of Jalandhar have posted images on social media of Himalayan peaks that had been hidden for decades by haze and pollution.

A state agency, meanwhile, said the water quality of the revered Ganges river had also improved significantly since the lockdown began in Uttarakhand state.

“What the pandemic is telling us is that we have to raise the level… of our compliance and implementation of our clean air programmes,” Chowdhury said.

“I am glad in some ways people have understood the value of clean air and I hope this will create a public stake to maintain it.” — AFP