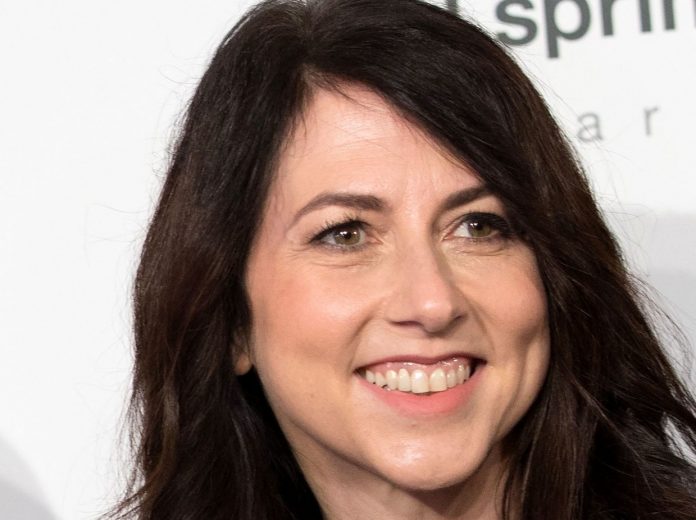 MacKenzie Scott, the billionaire philanthropist and Jeff Bezos’s ex-wife, has given US$2.7bil (RM11.11bil) to a variety of charities, she wrote in a blog post Tuesday, bringing her total donations since her first giving spree in July 2020 to US$8.5bil (RM34.97bil).

Scott, 51, shook up the philanthropy world last year with the pace and magnitude of her giving. This time she gave to 286 organisations from the Alvin Ailey American Dance Theatre to racial equity funds in philanthropy and journalism. This is her first time announcing donations since she remarried to Dan Jewett, a Seattle science teacher.

“Me, Dan, a constellation of researchers and administrators and advisors – we are all attempting to give away a fortune that was enabled by systems in need of change,” Scott wrote in the post. “We are governed by a humbling belief that it would be better if disproportionate wealth were not concentrated in a small number of hands, and that the solutions are best designed and implemented by others.”

The past few years have been an extraordinary period for wealth creation among the 0.01%. The world’s 500 richest people added US$1.8 trillion (RM7.40 trillion) to their combined fortunes just in 2020, according to the Bloomberg Billionaires Index. The gains were particularly pronounced among tech titans, including Bezos, the richest person in the world.

Scott, who ended up with a 4% stake in Amazon.com Inc following her divorce, is worth almost US$60bil (RM246.90bil). That’s even after her rapid giving that’s already made her one of the most consequential philanthropists in the world.

Last year she likely set a record for the largest annual distribution by a living person. Scott has been lauded by experts and philanthropy critics alike not only for the speed and scope of her gifts, but also for what organisations she’s giving to – smaller ones typically overlooked by big donors – and for the no-strings-attached approach to the gifts.

Eduardo Vilaro, chief executive officer of Ballet Hispanico, another group that received money from Scott in this latest batch, also said the unrestricted nature was important for his organisation. He was made aware of the gift about a month ago when he received a call out of the blue from one of Scott’s representatives.

“‘Mr. Vilaro, we love what you and the organisation are doing’,” he remembers the person saying. “‘We would like to bestow this gift to you.’” Vilaro was referred to the Bridgespan Group, a philanthropic consultant Scott is working with to do her giving, to follow up.

Without specifying how much they received, Vilaro said the donation is slightly larger than their annual operating budget and the biggest it’s been given in its more than 50-year history. Others cited figures in the millions – US$10mil (RM41.17mil) to the Dance Theatre of Harlem (also a record) and US$1mil (RM4.11mil) to the Guadalupe Cultural Arts Center. Faith in Action, a faith-based grassroots network, said it received a “multi-million dollar gift”.

Still, Scott has her critics.

The seeming randomness of how she chooses organisations isn’t good, said Maribel Morey, a historian of philanthropy and executive director at the Miami Institute for the Social Sciences. Morey said she wishes Scott would be more transparent about how she picks recipients, especially given the significance of the donations.

“The public deserves to know how and why certain organisations are getting funding,” Morey said.

Bezos, who is worth US$196bil (RM806.93bil), has increased his own giving since their split. He committed US$10bil (RM41.17bil) to fight climate change last year and has so far donated US$791mil (RM3.25bil) of that. He’s also planning on going to space for the first time next month. – Bloomberg

ARMYs got themselves pranked by fake BTS broadcast