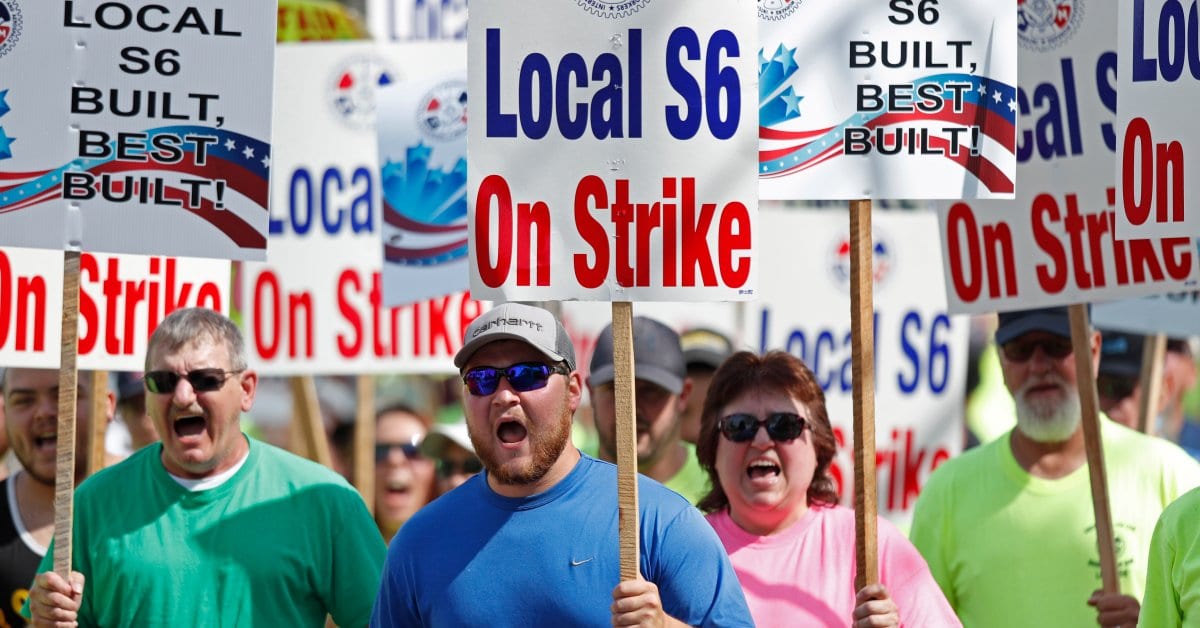 (BATH, Maine) — A 63-day strike at Bath Iron Works — against the backdrop of a pandemic in an election year — came to an end Sunday with shipbuilders voting to return to their jobs producing warships for the United States Navy.

With the approval of a three-year contract, the 4,300 production workers represented by Machinists Local S6 will begin returning to work on Monday.

After falling behind schedule, Bath Iron Works is eager to get caught up on production of destroyers as the U.S. Navy faces growing competition from China and Russia on the high seas. The General Dynamics subsidiary was already behind more than six months schedule before the strike.

“We are pleased to welcome back our valued manufacturing employees and get back to the important work of building ships on schedule for the U.S. Navy,” Bath Iron Works said Sunday in a statement.

Robert Martinez Jr., the Machinists’ international president, cast the outcome on Sunday in historic terms, saying “this fight for dignity, justice and good Maine jobs will go down in the history books of the Machinists Union.”

The shipyard on the Kennebec River is one of the Navy’s largest, and it’s also a major employer in the state with 6,800 workers.

The stakes were high for both a company that feared being priced out of competition for Navy contracts and a highly skilled workforce that didn’t want to give up ground to subcontractors. The test of wills ultimately ended with help from a federal mediator.

Shipbuilders represented by Machinists Local S6 got most of what they wanted when it came to work rules and maintaining the status quo for hiring of subcontractors, along with the previous proposal’s annual pay raises of 3% for three years. The company got streamlined rules for hiring subcontracting, and a commitment to work together to get back on track.

Because of the pandemic, voting on the contract’s approval — unanimously endorsed by the union negotiating committee — took place online and by telephone. Voting began Friday and ending at noon Sunday. The vote was 87% in favor of the contract among those who voted, said Jay Waldeigh, a district union official.

“Now that we successfully protected our contract language with respect to subcontracting and seniority, we need to get back to work,” said Local S6 President Chris Wiers.

The shipyard builds the workhorse of the Navy fleet, destroyers that have the ability to provide air defense while simultaneously waging war against submarines and surface warships. Destroyers are also one of the few types of warships equipped to withstand a chemical attack.

The Navy wants to increase the fleet’s size — something President Donald Trump supports — and Bath Iron Works has said it needs to get back on schedule and lower costs to remain competitive on those contracts.

Going into negotiations, the shipyard’s production workers were already angry over past concessions that ultimately still failed to yield contracts on Coast Guard cutters and a new class of Navy frigates. The pandemic in which they were required to remain on the job only added to their feeling that the company didn’t care about them — deemed essential by the Navy, the shipyard continued production despite a union request to shut down for two weeks.

Workers were determined enough to strike, despite the loss of company-paid insurance as the coronavirus raged around the country. A giant inflatable, cigar-smoking pig outside the union hall took aim at corporate greed as workers fumed over the hiring of “scab” workers and political leaders got involved.

It’s a far cry from the way things were in the past.

The strike was the first in 20 years at Bath Iron Works. There was enough trust between management and the union in 1994 that a contract was approved allowing cross-training of workers under a formula called a “High Performance Work Organization.” Then-President Bill Clinton visited the shipyard to praise the collaboration.

The company hopes that mediated discussions between the union and the company will help get the relationship back on track.

But it’s going to take time. Levi Benner, a shipfitter, said there are hard feelings because management routinely rejects workers’ ideas for improvements.

“It’s going to be hard to restore trust. We know what we’re doing. We’ve been building ships for years and years. These guys are geeks. They know their graphs and pie charts, but they don’t know how to build ships,” he said Sunday.

In the end, workers and the shipyard must learn how to work together if the company is to successfully compete for contracts against lower-cost competitors, said Loren Thompson, an analyst at the Lexington Institute.

“Both sides need to understand that their best chance for having a future is to get along with each other,” he said. “The American landscape is littered with the debris of destroyed industries. Most of them made a good product but they’re still gone.”

My Pet Story: Times with my little winged friends