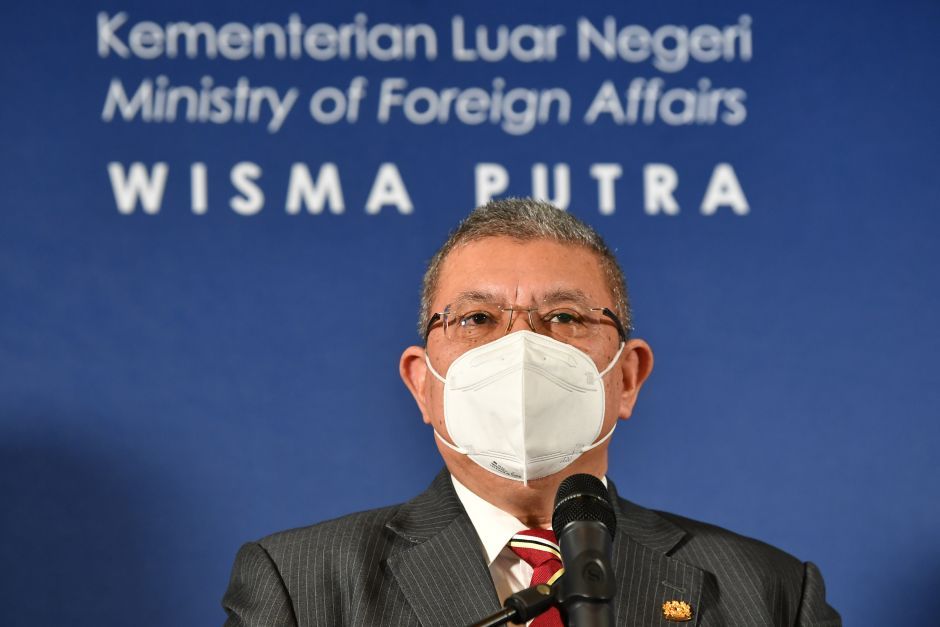 He said the government was closely following all events in the country, particularly in Kabul.

“We received reports from various sectors and we will be making our stand soon.

“We are still making our assessment on the situation in Afghanistan,” he told a press conference on his first day in office, here on Wednesday (Sept 1).

Taliban fighters entered Kabul on Aug 15 and took control of Afghanistan for the first time in almost 20 years as US troops withdrew from the country.

Asked about the reports of two Malaysians believed to be fighting alongside “IS-K” and detained by Taliban, Saifuddin said he has spoken to Inspector-General of Police Datuk Seri Acryl Sani Abdullah Sani regarding the matter.

“The police are still awaiting credible information on the two who were reported as Malaysians.

“Nonetheless, there are two Malaysians who are there as volunteers for a humanitarian organisation, so it’s not an issue for now,” he said.

Britain’s The Times quoted Taliban’s CID chief Saifullah Mohammed as saying that six fighters – four Afghans and two Malaysians – were detained following a gun battle on the western side of Kabul on the night of Aug 26. However, the report did not identify the Malaysians.

On ASEAN’s approach in dealing with crisis in Myanmar, Saifuddin said Malaysia was confident that the Asean Special Envoy to Myanmar Erywan Mohd Yusof would be able to play his role.

“I will be meeting him as soon as possible,” he said, adding that this is a continuity of what his predecessor Datuk Seri Hishammuddin Tun Hussein had been doing.

Saifuddin said he was also hopeful that positive results would be achieved from the five-point consensus mandated by Asean leaders.

Since the military coup on Feb 1 that ousted the democratically elected government led by Aung San Suu Kyi, Myanmar has been facing a civil unrest. The political problem in the country has been compounded by the surge in Covid-19 infections.

On the South China Sea, Saifuddin said he was happy with developments relating to the negotiations on the Code of Conduct (COC) compared to when he was in charge of the ministry before.

“When I left, we were struggling on single text. In foreign policy work, the single text is quite a milestone because only then it is easier for all parties to sit down at the negotiation table and to discuss matters.

“Yes, we want to make sure that the COC will materialise,” he said.

Responding to a question about Malaysia’s relation with Singapore, which saw thorny issues relating to the water agreement and the Kuala Lumpur-Singapore High Speed Rail during his previous stint, Saifuddin said the bilateral ties had always been good.

He said his relations with his Singaporean counterpart, Vivian Balakrishnan, were very warm and he was looking forward to enhancing and strengthening all matters both countries had agreed upon.

“We (he and Vivian) consider ourselves as good friends. So I would say, there wouldn’t be a problem between me and Vivian.

“The two prime ministers spoke to each other as soon as Datuk Seri Ismail Sabri Yaakob was appointed. I was made to understand that it was a very warm and fruitful discussions between the two,” Saifuddin said. – Bernama

Mercedes-Benz to merge AMG, Maybach, G-Class into single business group – to be announced...

Mick Schumacher to race for Haas F1 team from 2021

No jobs, passports for ‘anti-national’ social media posts in India