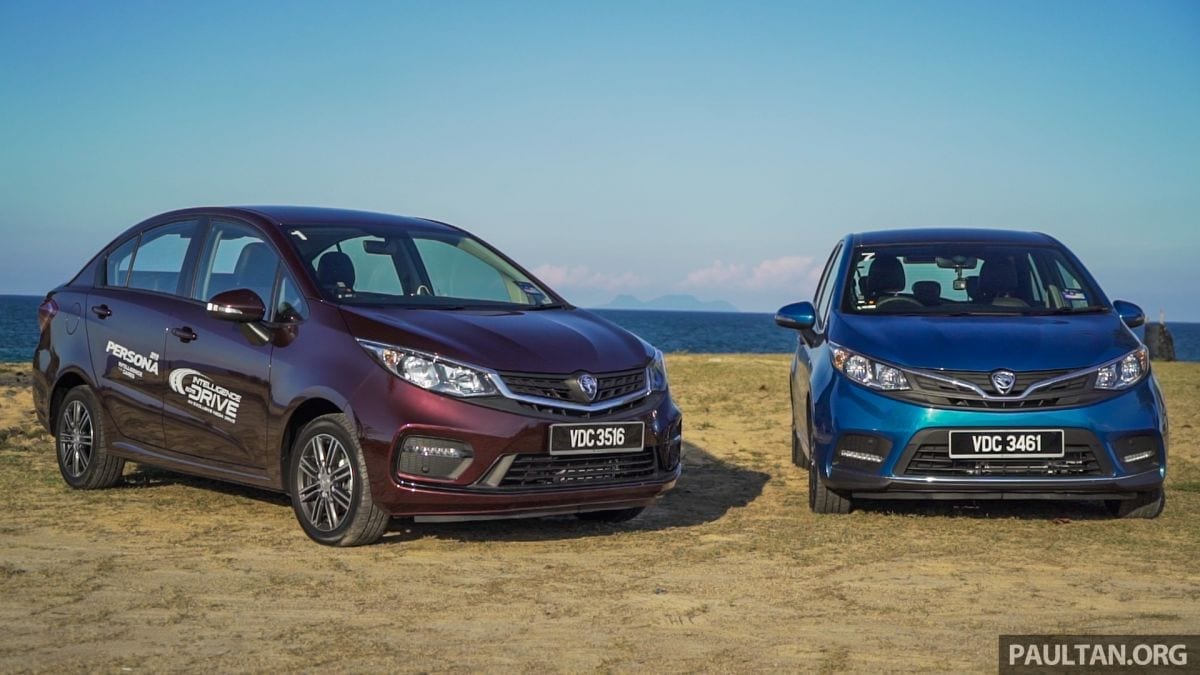 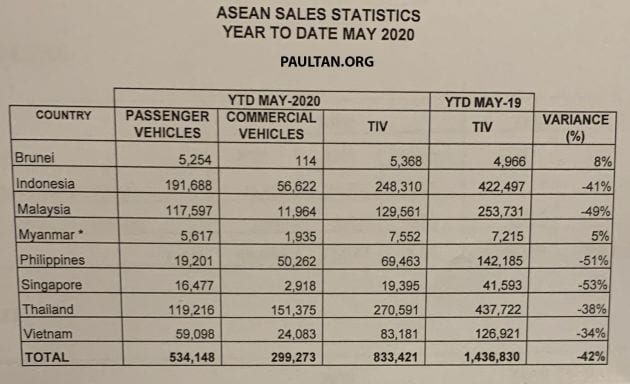 Following the release of vehicle sales data for June 2020, the Malaysian Automotive Association (MAA) has also released ASEAN sales figures for the year until May 2020. As the case has been before, only eight out of the ten ASEAN countries have been listed here, as Cambodia and Laos have not been included. 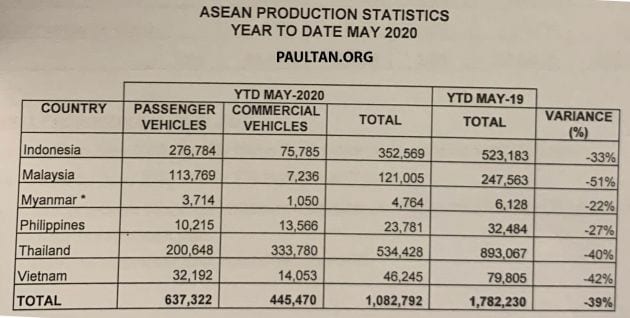 The significant drop in industry volume was due to reductions in sales from member countries across the board, with the exception of Myanmar which charted an increase of 5% in industry volume, as the country recorded sales of 7,552 vehicles in May 2020 year-to-date, compared to 7,215 vehicle in the same period last year. Brunei gained too, with a an 8% gain to 5,368 units sold until May 2020, up from 4,966 sold the same period last year.

In terms of production volume, 1,082,792 units were produced from the countries in the region until May 2020, and by this measure Thailand is also at the top spot with 534,428 units produced, or 49.4% of total ASEAN production at this time. Two fewer countries on this list, as Singapore and Brunei do not have vehicle production activity.

Malaysia recorded a drop in production to 121,005 units in May 2020, a drop of 51% from the 247,563 units made in May 2019, the largest percentage drop among the manufacturing countries in ASEAN. For this time, the Malaysian production figure comprises 11.1% of the total produced in ASEAN as of May 2020.

Ministry to study request for affordable housing in Long Lama

Other Sports: A year to be resolute

‘Malaysian Family’ concept is to unite everyone, says PAS