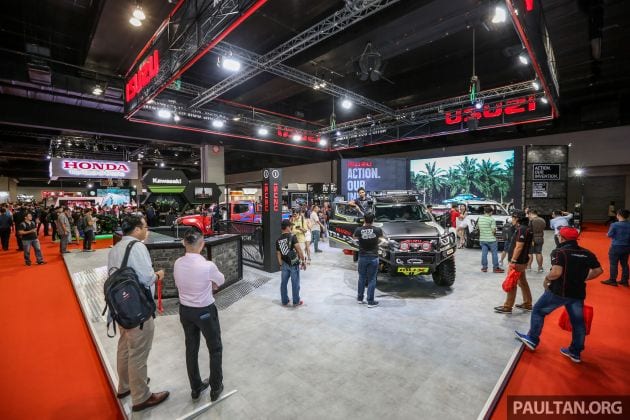 As previously reported, the Malaysian Automotive Association (MAA) is continuing to release the monthly data for sales breakdown by brand, but is only doing so on a three-month basis when quarterly results are announced. With Q3 results having been revealed, so too has the monthly stats for July, August and September 2020, released together.

Having covered both July and August, we get to the final month of the quarter. September saw a total of 56,444 units being delivered, which was 3,644 units or 6.9% more than the 52,800 units managed in August.

This uptick was put down to car companies continuing aggressive promotion campaigns and increasing CKD vehicle production in response to the strong demand from consumers, who continue to be spurred on by the vehicle sales tax exemption in place until December 31.

Market leader Perodua had a stellar month – its 25,035 units accomplished in September made it the best ever in monthly sales for the brand in its 26-year history. The total was a 10.8% increase from the 22,604 units it sold in August, and by way things are going, it looks set to achieve its revised sales target of 210,000 units for the year. 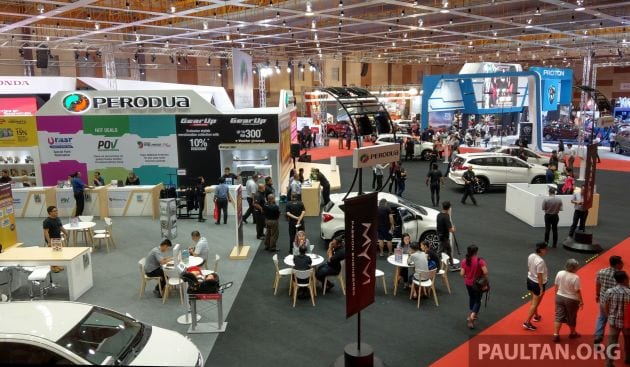 There has been no new monthly figures from Mercedes-Benz for a while now, and with the reveal of Q3 results it is now evident that the company has stopped reporting its numbers. Earlier, BMW – together with MINI – said it had switched to a reporting on a quarterly basis, and while it continues to say it is doing so, it looks like it too has stopped reporting numbers, because Q3 has come and there is no update to the tally. 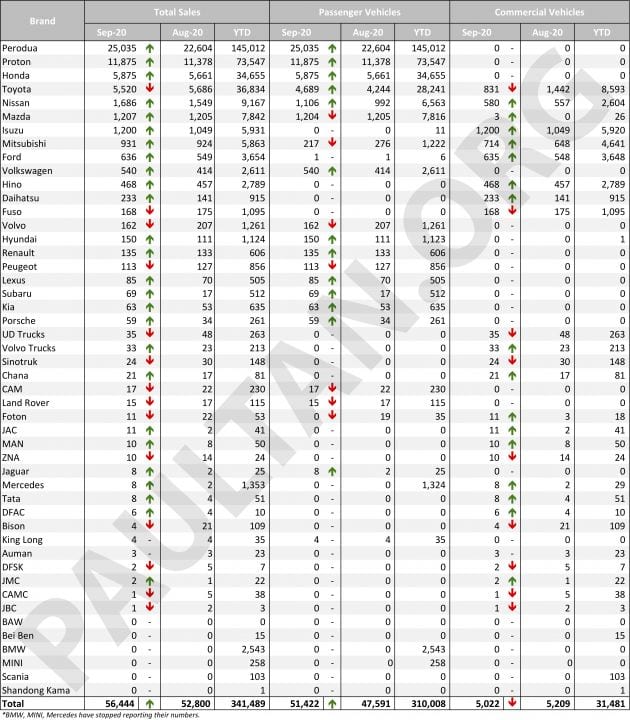