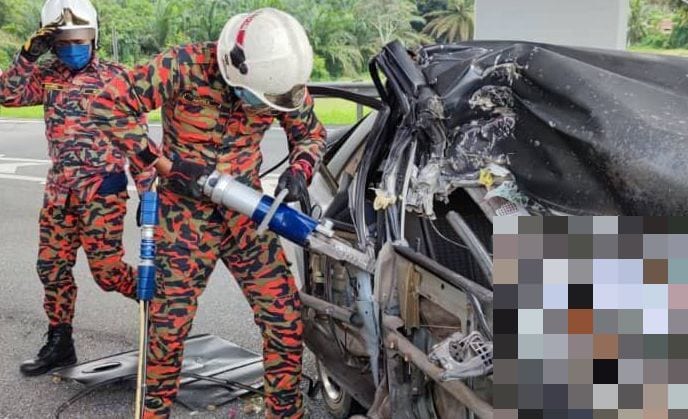 TANGKAK: A man died on the spot after his car skidded and rammed into the rear of a three-tonne North- South Highway (PLUS) maintenance lorry.

According to the Johor Operations Department Centre (PGO), it received a distress call at around 1pm on Friday (June 11) about the incident at KM169.2 Tangkak-Jasin north-bound.

“The victim was stuck in his driver’s seat due to the impact from the crash,’’ Tangkak Fire and Rescue Department chief Rafiah Aziz said in a statement.

She said the victim was pronounced dead by the assistant medical officer from the Health Ministry who arrived at the scene.

Rafiah said firemen used the special rescue tools to extract the body of the victim and the body has been handed over to the police.

Mohd Halim and the 28-year old PLUS maintenance worker were handed over to the assistant medical officer to receive treatment.

The operations ended around 2.04pm.

Harry and Meghan: 'A ripple of hope can turn into a...