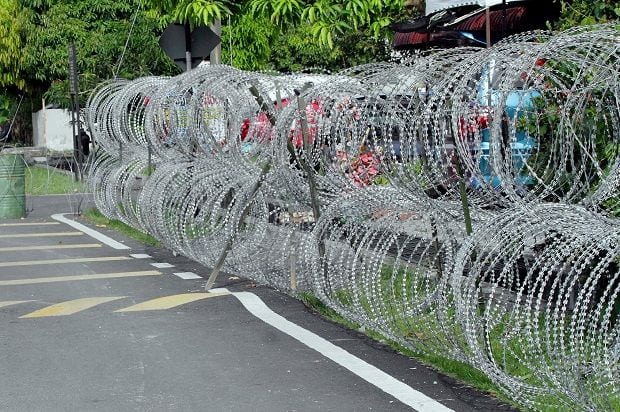 IPOH: The owner of the motorcycle, which was found stuck on the barbed wire fence set up to enforce the enhanced movement control order at Kampung Dato Ahmad Said Tambahan 2, has been found.

Ipoh OCPD Asst Comm A. Asmadi Abdul Aziz said the owner left his motorcycle unattended around 5am on Sunday (June 6), which resulted in a video of the motorcycle going viral on social media.

“After checking the plate number, our personnel went to the registered address where we found a man lying on a mattress covered with several wounds.

“Based on our conversation with the 34-year-old man, he was drunk when he rode the bike alone. He was on his way to visit a friend,” ACP A. Asmadi said on Sunday.

He said the man was unaware that his friend’s house was inside the enhanced MCO area.

“After his bike got stuck between the wires, he left it and walked straight home. He doesn’t live there, ” ACP A. Asmadi said, adding the man has been brought to hospital for treatment.

“We may issue a compound notice to him. However, we will wait for the investigation to complete first,” he said.