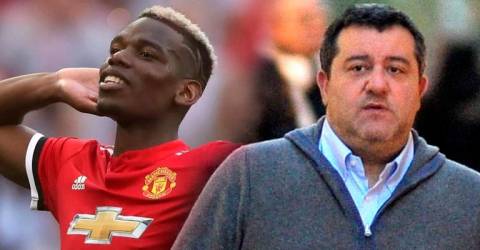 The French World Cup winner joined United from Juventus in 2016.

Pogba has struggled with an ankle injury this season but the coronavirus-enforced suspension in the Premier League allowed him to recover and impress towards the campaign’s end in July.

“United will not accept any bid this summer,” Raiola told Sky Sports. “We’re going to speak about a new contract soon, no stress.”

Pogba’s current contract runs out in 2021 and his late return helped Ole Gunnar Solskjaer’s side qualify for next season’s Champions League with a third-place finish.

Football: Soccer – Willian leaves Arsenal ahead of move to Corinthians