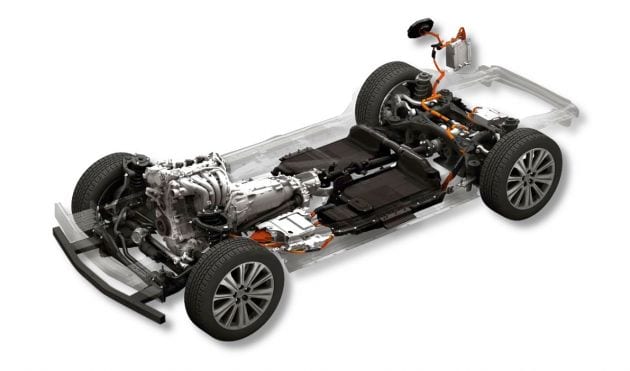 Mazda is set for a major electrification push in the next five years, announcing plans to introduce 13 electrified models by 2025, including hybrids and mild-hybrids. New modular platforms are also on the cards, all part of the strategy outlined by the automaker in its Sustainable Zoom-Zoom 2030 roadmap it revealed earlier today.

The first of the new platforms is the SkyActiv Multi-Solution Scalable Architecture, which will be used with transverse power units in the company’s smaller products and longitudinal power units in its larger offerings.

This will arrive next year, and provide the basis for the introduction of no less than five hybrid models, five plug-in hybrid models and three full electric vehicles (EVs) from 2022 to 2025, meant for Japan, Europe, US, China and ASEAN. Models likely to go the electrification route include the next-gen CX-5 and the next Mazda 2.

This will be followed by the introduction of a dedicated EV platform called SkyActiv EV Scalable Architecture in 2025, which will be utilised for EVs of various sizes and body-style types. These will come on to the scene between 2025 and 2030.

The automaker said that based on this plan, it expects to have 100% of its products having some level of electrification by 2030, and that its electrification ratio will be 25% by 2030, significantly up from the 5% it had announced previously.

The automaker’s senior managing executive officer, Ichiro Hirose, was reported as saying that the brand will carry out its EV development independently, utilising technologies jointly created by Mazda, Toyota and Denso. It is expected that some of the upcoming models will incorporate hybrid powertrain components shared from Toyota.

The company also announced that it will debut its Mazda Co-Pilot 1.0 system in its vehicles from next year. The driving assistance system monitors the driver’s condition at all times, and should it detect that the driver has become incapacitated by a sudden change in physical condition will switch to autonomous driving to pull the car over safely before placing an emergency call.