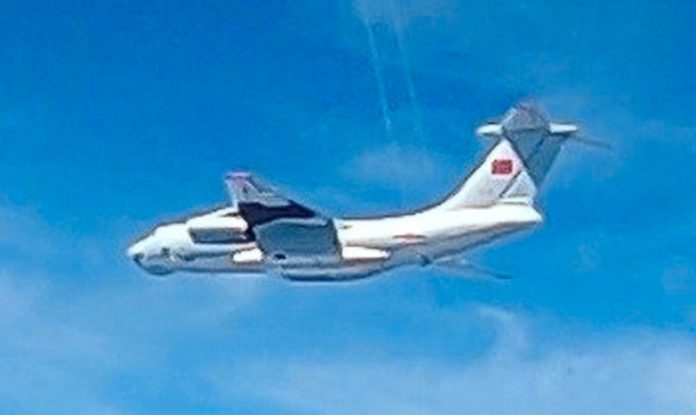 PETALING JAYA: The issue of 16 Chinese military aircraft detected near Malaysian airspace must be handled decisively and tactfully, says MCA.

Party spokesman Mike Chong said the matter must be resolved using diplomacy and the law.

“The issue must be handled rationally and with wisdom, so as not to jeopardise diplomatic relations and business with China and to not create a bigger conflict, ” he said in a statement yesterday.

Chong, however, said Malaysia could potentially bear unfavourable consequences if it chooses to be tolerant.

“MCA also expresses its appreciation towards the quick and stern response by the Foreign Ministry in sending a diplomatic note of protest as well as summoning Chinese Ambassador to Malaysia Ouyang Yujing to provide an explanation, ” he said, pointing out that between 2016 and 2019, there were 89 incursions by Chinese naval forces into Malaysian waters.

“If not addressed sternly, any action by parties that try to disrupt our national security and sovereignty will become a new normal that should not occur to begin with.”

The Royal Malaysian Air Force (RMAF) scrambled fighter jets on Monday to intercept the Chinese air force transport planes that appeared off Borneo over the South China Sea, with the 16 planes flying in a tactical formation around 60 nautical miles (111km) from each other.

In response to the issue, a spokesperson from the Chinese Embassy said the reported activities were routine flight training of the Chinese Air Force and did not target any country.

“According to relevant international law, Chinese military aircraft enjoy the freedom of overflight in the relevant airspace.

“During this training, the Chinese military aircraft strictly abided by the relevant international law and did not enter the territorial airspace of any other country, ” said the spokesperson in a written reply.

Foreign Minister Datuk Seri Hishammuddin Hussein had said that Wisma Putra would issue a diplomatic note of protest to the Chinese government over the incident, based on the report by RMAF.

He said the ministry would also summon China’s ambassador to provide an explanation regarding the breach of Malaysian airspace and sovereignty by the 16 People’s Liberation Army Air Force aircraft.

“Malaysia must now be serious about protecting Sabah’s sovereignty over the South China Sea and ownership of its resources.

“I welcome the Foreign Minister’s prompt action in summoning the Chinese ambassador to explain the blatantly hostile act of the Chinese jets, ” he said in a statement.

U.S. calls for help to rehome Afghans who fled chaos of Taliban takeover