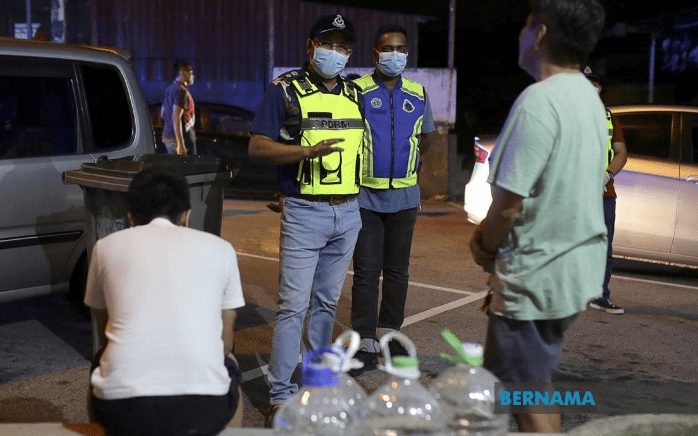 NILAI: Those who are still flouting the Movement Control Order (MCO) will come up will 1,001 excuses to be out in the street and not staying home.

According to Nilai district police chief Mohd Nor Marzukee Besar, among the excuses were that they had to go to a petrol station to refuel their cars, had a restaurant to manage and were on their way home from work even though they were later found not among the essential services.

He said some were even found loitering at bus stands, with the pretext of waiting for friends.

“They are giving all sorts of unreasonable excuses which we cannot accept,” he said, adding that 40 people have been arrested in Nilai for the offence so far.

Despite the arrest, he said the compliance rate in the district was improving and has so far reached 98 per cent.

Bernama had the chance to tag along with Nilai police during their four-hour operation recently to ensure public compliance of the MCO and witnessed the hardship faced by the authority to help break the chain of Covid-19 infection in the district.

Inspections at most business centres, petrol stations and residential areas found that most of them were fully adhering to MCO directives.

To those who are still trying to flout the MCO, Mohd Nor Marzukee has this to say:

“We have to detain those who purposely violated the order.

“We want to break the chain of Covid-19 infection as soon as possible. So, please obey the government’s order. Stay at home and go out only when it is really necessary!” he said. – Bernama

Education Ministry hopes classrooms reserved for SPM exams will not be used as polling...

Checking if that tomato paste can still be eaten