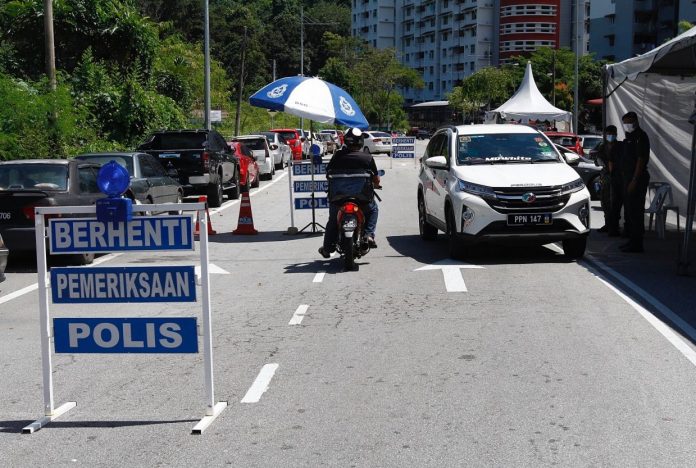 MELAKA: The state police chief has asked his men to show empathy and use their discretion when issuing notice of compounds to those who violate the Covid-19 standard operating procedures (SOP).

Melaka police chief Deputy Comm Datuk Abdul Majid Mohd Ali said he would look into the issuance of the compound notices on a case-by-case basis, and would try to assist whenever possible.

“I sympathise with those undergoing challenges during this difficult period and I will look into how to help the deserving cases,” he said after holding a meeting with Melaka Chief Minister’s senior secretaries – Datuk M.S. Mahadevan and Yong Fun Juan – as well as representatives from non-governmental organisations S. Nadarajah and Denny Long Wei Soon at the Melaka police headquarters in Bukit Beruang here on Thursday (July 1).

However, DCP Abdul Majid said his men are only carrying out their duties as enforcers to issue compound notices to SOP violators under the law.

“Any reductions on the quantum or nullifying of these compound notices are under the jurisdiction of the Health Department officials,” he said.

DCP Abdul Majid said police will do their part to assist in certain deserving cases on humanitarian grounds.

He also touched on the case of a 44-year-old from Alor Gajah that was recently highlighted by Kota Melaka MP Khoo Poay Tiong.

DCP Abdul Majid said he had visited Jalan Taman Merdeka, a dual-carriageway road which in parts skirts the border of the Alor Gajah and Melaka Tengah districts, to evaluate the case after the woman claimed she was unfairly issued the RM5,000 compound notice for violating the SOP on inter-district travel.

Meanwhile, Mahadevan and Yong described the meeting as a fruitful one.

Mahadevan said he was impressed with how DCP Abdul Majid explained that he will help out the deserving cases and also shared the predicaments faced by his men manning roadblocks.

“He (DCP Abdul Majid) and his deputy (SAC Razali) listened attentively to the issues that we brought up and gave solutions to us,” he said.

Yong said that many of those who can’t afford to pay the compound notices had approached him at the Chief Minister’s office.

“It’s my responsibility to help them,” he added.

Say What: To be a sporting nation, we must start with dream of being...

Oil prices up about 2% on OPEC+ output, demand prospects