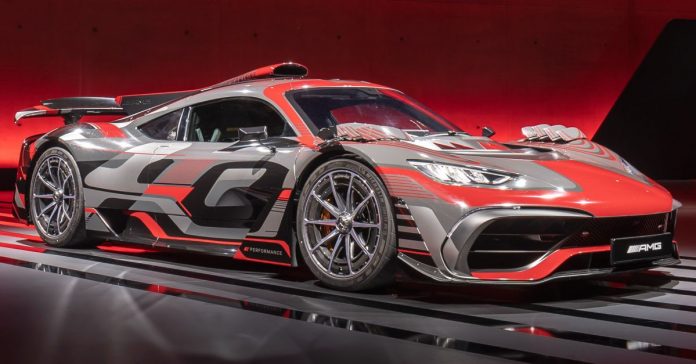 Mercedes-Benz may make most of its money further down its product range, but one tends to forget that the upper echelons of its lineup is also very strong. Aside from the all-conquering S-Class, Mercedes-AMG makes performance vehicles that can challenge (and beat) BMW M at its own game, while Mercedes-Maybach offers a more, ahem, accessible alternative to Bentley and Rolls-Royce. Then there’s the venerable – and very pricey – go-anywhere G-Class, adding to the breadth of high-end offerings few others can boast.

Stuttgart knows this, which is why parent company Daimler is set to merge the three aforementioned entities into a single group, due to be officially announced at the Munich Motor Show (the successor to the Frankfurt show) in September. The company aims to streamline marketing costs with this move, part of CEO Ola Källenius’ plan to boost productivity and profitability with a focus on high-margin sales, said Automotive News Europe. Current AMG boss Philipp Scheimer is expected to lead the group.

“Strengthening the subbrands is an important pillar in the Mercedes-Benz strategy,” a Daimler spokesperson told the publication’s sister title Automobilwoche. “We will not only maintain the independence, strong identities and evolved corporate cultures of the individual brands, but also further expand and sharpen them. Currently, we are in the process of designing it and evaluating the potential in the various areas.” As yet, it is unclear what form of formal corporate structure the new group will take, although sources said there are currently no plans to spin it off. The news comes as AMG prepares to introduce the new One hypercar and a series of new plug-in hybrid models that will draw their electrification technology from that car, including the GT 73 and the next four-cylinder C 63.

Maybach, meanwhile, has just revealed its version of the new W223 S-Class, having sold more than 60,000 units of the outgoing model since 2015; an all-electric G-Class – tipped to be called the EQG – is also reportedly on the cards. A Daimler investor presentation from October showed that AMG had the greatest sales growth, followed by the G-Class and Maybach. The creation of the new group is part of a greater Mercedes reorganisation that also saw the merging of its global marketing and communications activities in May, with the resulting group being led by Stuttgart’s marketing boss Bettina Fetzer. The company aims to have a unified global corporate presence for both the Three-pointed Star and its separate product brands, it said.

Daimler is also planning to develop an agency selling model in certain European markets and Australia as part of a larger plan to streamline and digitise sales and distribution, Källenius previously told ANE. The Swedish executive said that Mercedes had received positive feedback from pilot projects in his home country and in South Africa.

AD: The best performance vehicles from BMW with SST savings are at Wheelcorp Premium...