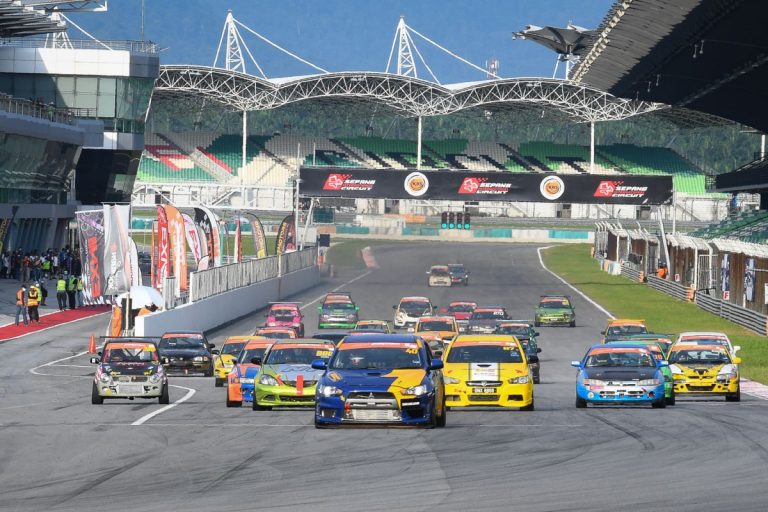 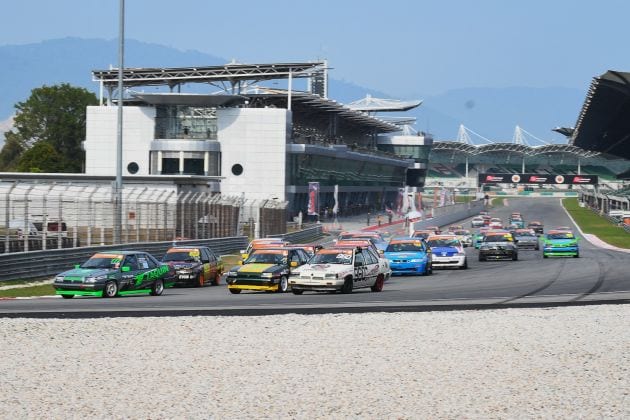 The celebration of National Day in Malaysia has, in recent years, also come to be a time of endurance racing, and this year’s closed-door function played host to the Merdeka Race 2020 that was a joint two-day event by the Malaysia Speed Festival (MSF) and Sepang International Circuit (SIC). This was a special round that combined two of the country’s top production car racing series, with more than 200 race cars in participation.

In the MSF series, all race cars are sponsored and fuelled by Petron Blaze100 RON 100 petrol, and ran on Hankook RS4 and Hankook Z221 control tyres.

However, fuel surge issues for the EG6 in the last two laps of the race meant Hazrin could through just in time for the race win. Kenny Lee led early in the race, however he was handed a time penalty for a pit lane infringement during the compulsory three-minute pitstop. 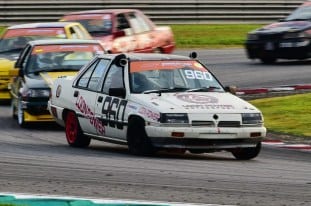 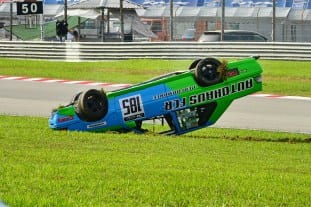 Meanwhile in the Street 2000 category, defending class champion Fahrizal Hassan in the Toyota GT86 of RBM Motorsport contested against the hard-charging Honda Civic EG9 of Millenium Motorsports Asia piloted by Faisal Naim and Akina Teo, who emerged in the race lead after pit stops and carried on to take the win.

There was plenty of excitement to spare in the Saga Cup category. Two 45-minute segments were split by a 10-minute turnaround break for one-and-a-half hour of race time, during which plenty of drama took place; the heat of competition saw the demise of wheel hubs, a race car catching fire on the back straight, while another rolled over at the off-camber Turn 11. However, as testament to the safety equipment and regulations in place, all drivers involved emerged unscathed.

Ahmad Tarmimi Tahang lead early on, though his car succumbed to engine failure half an hour into the race, handing the race lead over to Shafiq Shaiful, who was closely followed by Daniel Chan of Loon Power who gave chase right to the halfway mark. At the start of Heat 2 after the 10-minute turnaround break, Daniel Chan made his move around the outside of Shafiq’s second driver, Hafiz Bachok for the race lead.

Daniel would lead the five-car pack battling for first position, and remained in control of the race until a leaking fuel cap saw him run out of fuel before the finish was in sight, eventually coming to a halt at Turn 11. The duo of Hafiz Bachok and Shafiq Shaiful of Malkar Racing Team took the race win, ahead of Tan Chaw Wei, and M Noor Rahim and Shaiful Zamri. 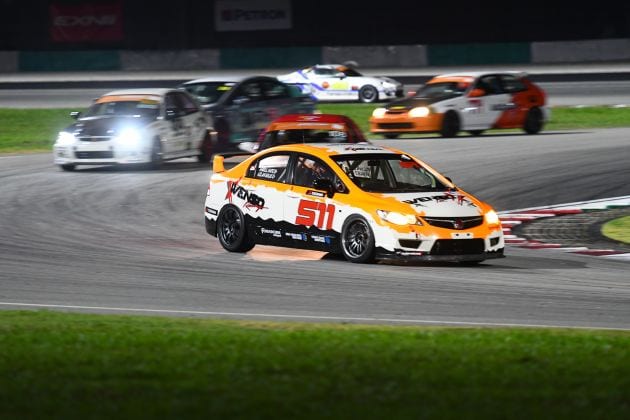 The Super Street race start was also followed shortly thereafter by another turbo casualty, with the Proton Inspira 4WD Turbo of EXN-JR SuciMuci Racing Team having started from second on the grid. This almost immediately faced issues right after the start, as the car experienced a loss of boost on Lap 1, eventually arriving back in the pits to retire after just two laps. The culprit was a turbo hose that had melted.

Though Desmond looked like he was mounting a challenge from second place after the compulsory pit stop, Wenso Racing Team’s second driver Shahrin Kamaruzzam maintained a two- to three-second gap until the end to take the race win. Gavin Mun in the DC5 Honda Integra Type R of Millenium Motorsports Asia completed the Super Street podium. 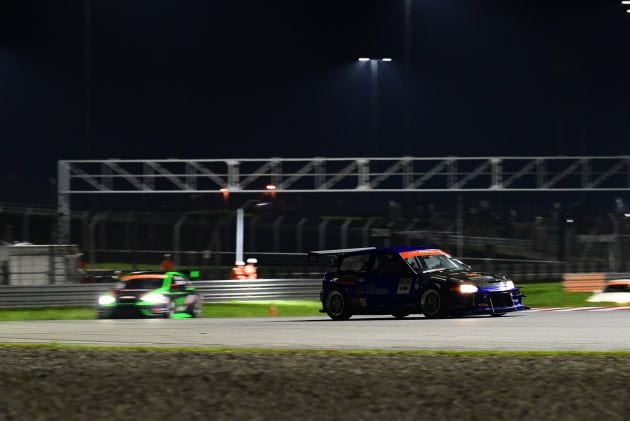 A three-way battle ensued in the MSF Ultimate category on Sunday night, where the locally-built Honda EG6 Civic duo were set to take on the SEAT Leon Cupra TCR of Team SIC Viper Niza. The Civic fielded by Fawster 22 ProShop featured a turbocharged 1.8 litre B-series engine, while the Team FAST Autoworks entry was powered by a 2.4 litre K-series unit.

As for the Cupra TCR, this was the same car that Douglas Khoo, Dominique Ang, Melvin Moh, and Fariqe Hairuman took to the Pro-Am class win at last year’s TCR Spa 500. At the MSF Ultimate race start, the Team FAST Autoworks Civic got the jump on the SEAT, while the Faidzil Alang-piloted Civic of Fawster 22 ProShop got the better of the field and entered Turn 1 in the lead.

Just two seconds covered the top three cars in the first four laps, although Pee Sau Peng of Team FAST Autoworks fell back from the lead pack from Lap 5. The Cupra TCR driven by Adam Khalid kept pace with Faidzil in his Fawster 22 ProShop Civic, both cars in the lead pack lapping consistently in the 2-minute 21-second region. 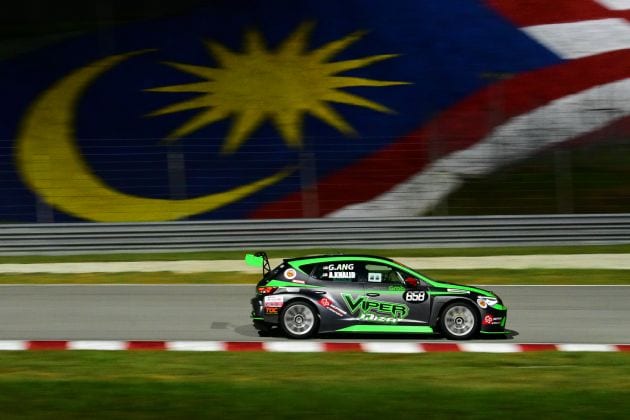 It was not to be for the turbocharged blue Civic, however, as gearbox troubles forced it to yield the race lead to the Team SIC Viper Niza racer. Early lead pack contender Pee Sau Peng also had to fold, having to pit early and the team’s crew scrambling to cool the car. This game of attrition saw the FD2 Civic Type R of Wenso Racing Team bump up to second place, driven by 2019 Ultimate class champion Azlan Malik and Muner Jihan.

Team SIC Viper Niza went into the 10-minute turnaround break with a one-lap lead, and resumed in Heat 2 with Gilbert Ang now at the wheel, subsequently leading the race until the finish for the overall race win and the honours for the Ultimate category. Azlan Malik and Muner Jihan of the Wenso Racing Team took second overall, and the Ultimate Touring class win.

Wenso Racing Team emerged from the Merdeka Race 2020 with three wins in total, with the aforementioned Ultimate Touring win, Amirul Hafiz and Azlan Malik in the same car with the Touring Production title in Race 2 of the Malaysia Championship Series, plus Calvin Wong and Shahrin Kamaruzzam in MSF Super Street with the FD2 Civic Type R.