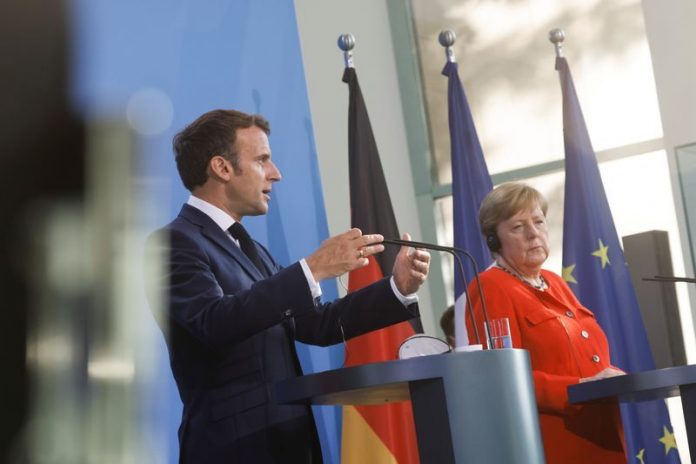 Macron said EU countries must be careful not to allow new variants to spread, adding that the EU was watching developments in Britain, which has seen a steep rise in the weekly reported cases of the Delta variant.

“Some countries have reopened their borders earlier for tourist industry reasons, but we must be careful not to re-import new variants,” he told a joint news conference with Merkel before a working dinner at the chancellery in Berlin.

Merkel added: “We can’t act as if the coronavirus is over.”

“Caution is still necessary so that we have a summer of many freedoms, if not all freedoms,” she said.

Turning to EU relations with Russia, Merkel said the bloc should maintain dialogue with Moscow despite major differences on issues of security and the conflicts in Ukraine and Syria.

“Russia is a big challenge for us but Russia is also a continental neighbour of the European Union and we need to ensure that all hybrid (cyber) attacks are stopped,” Merkel said.

“But on the other hand we have an interest to remain in dialogue with Russia if we want security and stability in the European Union, as difficult as this is.”

She added: “I believe when U.S. President Joe Biden meets Russian President Vladimir Putin and holds an open dialogue it is also important the we on the European side do the same.”

On the EU economy, Macron said recovery was the priority now, not discussion about budget rules, enshrined in the Stability and Growth Pact.