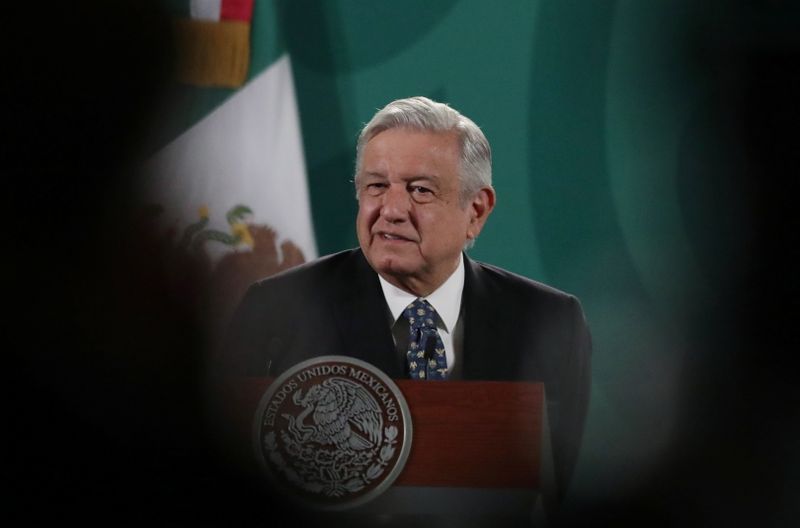 MEXICO CITY (Reuters) – Mexican President Andres Manuel Lopez Obrador on Thursday hinted at possible changes to his cabinet in the second half of his administration, saying that mid-term elections marked a “before and after” point when asked if he planned a shake-up.

Mexico holds elections on Sunday that will determine who controls the lower house of Congress, as well as 15 governorships and hundreds of lower elected offices.

“Let’s wait until the elections are over,” Lopez Obrador said during his regular morning news conference when asked if he intended to make changes to the cabinet.

“The truth is, there is a before and after, it’s always been like that, and now is no exception,” he added. “Mid-term elections are like the end of one period and the start of another.”

Rumors of potential cabinet changes have swirled for weeks and Interior Minister Olga Sanchez on Wednesday publicly dismissed local media speculation that she was standing down.

His party and its allies currently control both houses of Congress and are expected to retain the lower chamber on Sunday, polls show. The Senate is not up for election.

Govt to seek views from experts before deciding on Melaka polls, says Hisham

The Best 16 Landing Page Builders for Any Business