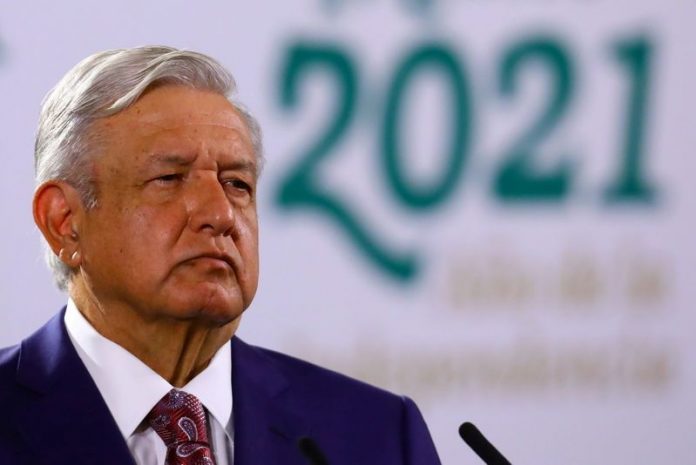 MEXICO CITY (Reuters) – Mexican President Andres Manuel Lopez Obrador kept control of Congress in mid-term elections on Sunday but suffered losses to an opposition seeking to capitalize on discontent over his record on the economy and fighting crime, early results showed.

A preliminary estimate by the National Electoral Institute (INE) saw Lopez Obrador’s ruling coalition winning between 265 and 292 of the 500 lower house seats, short of the two-thirds majority he managed to muster in the first half of his term.

The outcome was more or less in line with opinion polls, which showed the race tightening in the final weeks as a deadly metro accident in Mexico City and accusations that Lopez Obrador had intervened excessively in the campaign undermined his appeal.

Lopez Obrador has attacked his predecessors as corrupt and in hock to corporate interests who only fomented poverty, inequality and violence. But he has struggled to deliver on pledges to combat gang violence and lift anemic growth.

“We need a government that’s more open to what business is proposing,” said Enrique Prendas, 56, a Mexico City resident who voted for Lopez Obrador in 2018 but this time switched his vote to the center-right National Action Party (PAN).

Lopez Obrador’s leftist National Regeneration Movement (MORENA) went into the vote with 253 seats in the lower house, but according to INE projections will win between 190 and 203.

The new lower house will be seated in September.

MORENA and its allies had won 42.3% of votes cast for the lower house, according to a preliminary count of 58% of ballots. The main opposition alliance was slightly behind on 40.7%.

MORENA’s individual tally was well ahead of its nearest rival, giving it a clear advantage in picking up seats from the 300 awarded by a first-past-the-post system. The remaining 200 house seats are divvied up via proportional representation.

To defend its majority, MORENA will rely on votes from the Labor Party (PT) and the Green Party, a political grouping that has proven adept at forging alliances with whoever is in power.

The lower house losses should curb scope for Lopez Obrador to pursue constitutional changes to bolster his drive to tighten state control of the energy sector, among other priorities.

Still, at regional level, many of the preliminary vote tallies suggested that MORENA had had a successful election, winning the bulk of the 15 state governorships up for grabs and enlarging the party’s footprint across the country.

One exception was in the Mexican capital.

Mexico City has been a key bastion for Lopez Obrador since he rose to national prominence as mayor from 2000 to 2005. But early results suggested MORENA had lost control of a number of the capital’s 16 boroughs, which it previously dominated.

Volvo increases its stake in Polestar back to 49.5%

Ameca is a robot whose facial expressions are uncannily realistic

Embodying the spirit of Merdeka, local brands celebrate the country in style