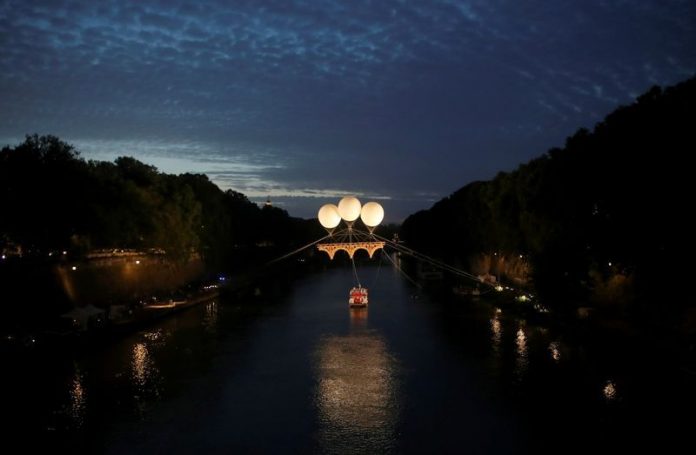 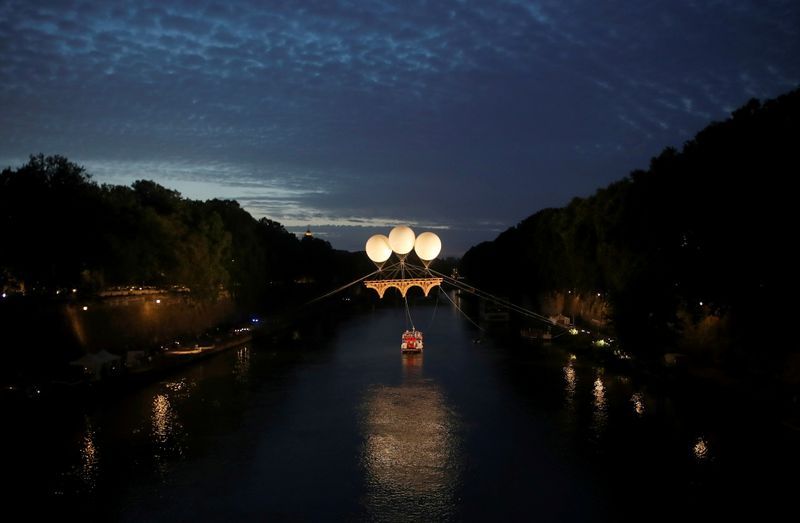 Pope Paul III commissioned the artist to create a bridge connecting the Palazzo Farnese, a 16th Century family palace that now hosts the French embassy to Italy, with the gardens of a villa on the other side of the river.

It was never completed after Michelangelo’s death, but the “Farnese Bridge” installation by French artist Olivier Grossetete is a tribute to the Renaissance master.

The French embassy was among the promoters of the initiative, which culminated in an inauguration on the eve of France’s Bastille Day national celebration.

French ambassador Christian Masset said in a statement the bridge was a sign that Italy and France were intrinsically connected and their friendship was strong and unbreakable.

The installation will remain in place until July 18. The cardboard will then be recycled.

The queen, as imagined – from punk rock to mystery novels

Is a smart barbecue better than a regular one?