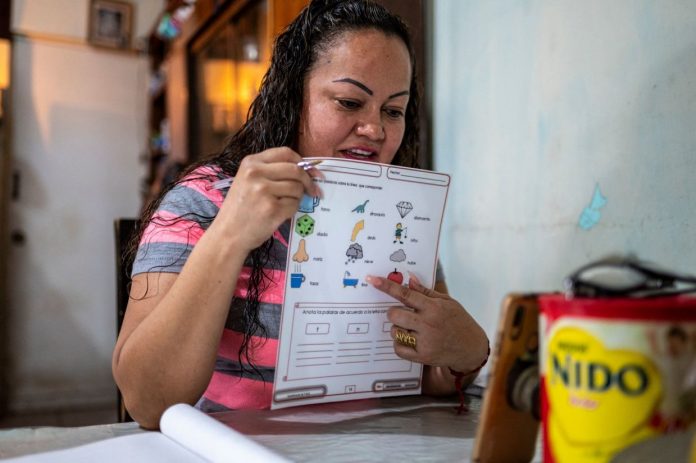 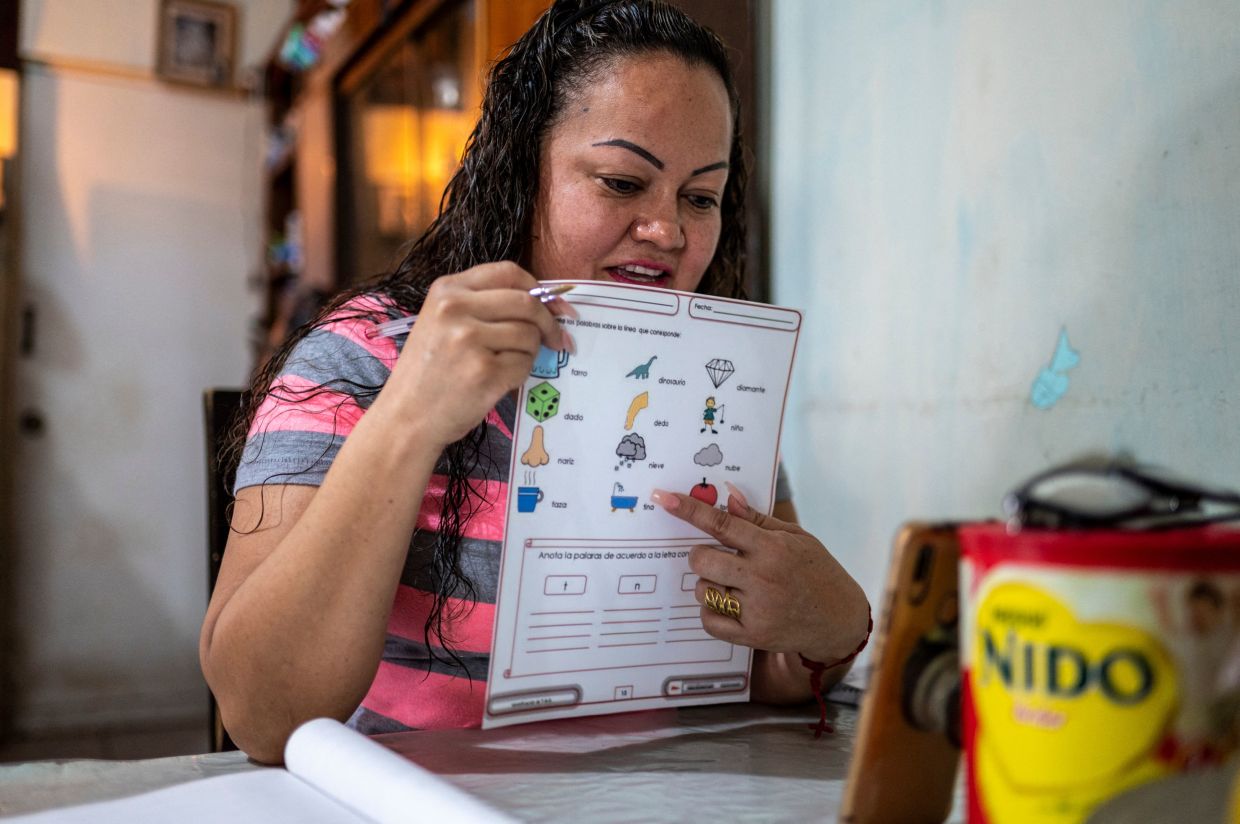 Standing in her kitchen Alma Beatriz Serrano Ramirez waves a small board in front of her phone, hoping the students watching on the other end are paying attention to the math lesson she is teaching.

The 38-year-old Honduran migrant had dreamed of settling in the United States but so far has only made it to the Mexican city of Matamoros, located on the banks of the Rio Grande River, which separates the two countries.

Her pupils — Adalid, Kimberly, Osval and a handful of others — are fellow migrants, many of whom are located some 90km (55 miles) away in Reynosa, another border town, where a camp of approximately 700 people has been established.

While Covid-19 has wreaked havoc on so many aspects of life, it has been a busy time for the Sidewalk School, which was operating in-person in one migrant encampment in Matamoros and now reaches children in several cities along the border.

In its online format, the program has welcomed students previously too embarrassed by their lack of education to set foot in a classroom.

The classes, which are taught by asylum seekers who are former teachers or teaching assistants, are on everything from writing to math and even yoga, and offer rare comfort to students in cities stretching from Tijuana on the Pacific coast to Matamoros near the Gulf of Mexico.

Serrano Ramirez’s students, who hail from Honduras, Guatemala and Haiti, are among the countless refugees still flocking to the US border, convinced that President Joe Biden’s new administration will let them in — if only they ask.

Finding the border firmly closed, they are now stuck in Mexico in a smattering of towns often controlled by drug traffickers, waiting for the US to review their refugee status requests.

‘You get used to it’

Serrano Ramirez, who used to teach in Honduras, said she never would have imagined the ordeal she went through just to teach in front of a phone.

Compared to her prior classroom experience, the online classes she teaches are “really difficult, but as time passes, you get used to it,” she said.

Sidewalk School founder Felicia Rangel began the organization in Matamoros in 2018 after being shocked by the destitute conditions of several dozen migrants she met under a bridge.

Although she doesn’t speak Spanish, she felt moved to help the migrants, whom she saw as victims of former president Donald Trump’s immigration policies.

Rangel, whose father is Mexican but considers herself African-American, is a former school teacher who followed her husband from Houston to Brownsville.

At first “it was just a matter of entertaining the children and teaching them a few things,” said Ana Gabriela Martinez Fajardo, an asylum seeker who lives in Matamoros and teaches for the nonprofit.

“As more and more children arrived, it became clear that proper classes were necessary because they weren’t studying,” the 26-year-old said.

Sidewalk School began growing as migrants flocked to Matamoros in such numbers that they overflowed the tent camp made for 3,000 people.

When Covid struck, Rangel and her co-director, Victor Cavazos, bought 300 digital tablets so that their students, age four to 18, would not be left without schooling.

During the pandemic, the program has flourished.

Many of the older students who did not know how to read and write found relief in the anonymity afforded by digital learning.

“You can leave your screen off and no one has to see that you’re in that kindergarten class,” said Rangel, who reported that older pupils would sometimes leave the program in embarrassment over being placed with younger students.

This is why even once making it to the United States, some parents continue to enroll their children in the online courses rather than public schools, which Rangel says is regrettable.

But it’s not just the students who are slowly trickling into the United States: In recent months 17 of the 19 teachers have moved across the border, now living in places such as Kentucky, Michigan or Virginia.

However two teachers are approaching the two-year anniversary of their arrival in Matamoros — and are still waiting. – AFP

WhatsApp set up to speed up vaccination in Kota Belud