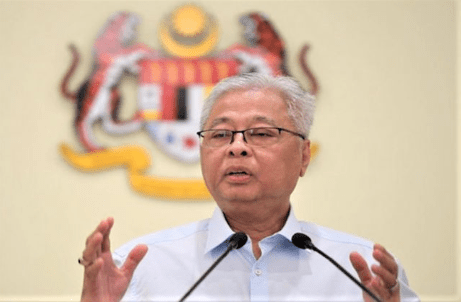 PUTRAJAYA: The Health Ministry (MOH) will come up with a new standard operating procedure (SOP) on areas identified to be placed under the Enhanced Movement Control Order (EMCO).

“The government does not want to impose too wide of a radius (once the EMCO is enforced),” Ismail Sabri, who is also Defence Minister, told a press conference after a special Cabinet meeting here today.

He said prior to this, if there were positive cases in a village, the affected area would be closed or subjected to the EMCO with a radius spanning five to six kilometres.

He said the MOH is now conducting a detailed evaluation on the next areas to be possibly placed under EMCO.

This is because when an area is under the EMCO, it is subjected to a complete lockdown, where there is no such thing as leaving home to shop, Ismail Sabri said.

Asked if Lembah Pantai, which has recorded almost 400 Covid-19 cases so far, will be placed under EMCO as well, Ismail Sabri said various aspects needed to be studied before that decision is made.

The three areas in the country under EMCO so far are two villages in Simpang Renggam, Kluang, Johor; Batu 21 to Batu 24 Sungai Lui, Hulu Langat, Selangor and Menara City One in Jalan Munshi Abdullah, Kuala Lumpur.

On viral images showing many making a beeline to the banks to withdraw their Bantuan Prihatin Nasional aid, Ismail Sabri reminded the people not to crowd banks.

“There is no need to rush, and if even you are there (bank), comply with the one-metre social distancing directive,” he said. – Bernama