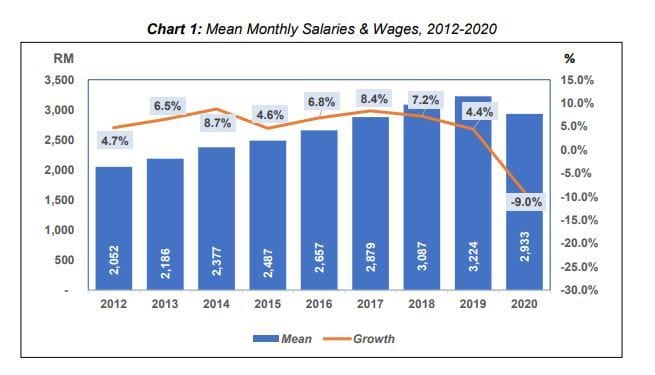 KUALA LUMPUR: Mean monthly salaries & wages fell 9% to RM2, 933 in 2020 from RM3, 224 in 2019 due to the fallout from the Covid-19 pandemic, strict restrictions and health crisis, the Statistics Department said.

In its Statistics of Salaries & Wages, Malaysia, 2020 report released on Wednesday, it said the decline was the first since the series began in 2010 as the labour market experienced uneven momentum following the health crisis and economic consequences.

“This had caused job losses as well as cancellation or freezing of new hires and subsequently resulting total employment to decline.

This data was compiled based on its salaries & wages survey which measured the monthly salaries & wages received by full-time equivalent employees among the Malaysian citizens working in the private and public sectors based on their principal occupation.

Out of 15.0 million employed persons in 2020, the number of citizen salaries & wages recipients was 9.4 million persons.

Mohd Uzir said throughout 2020, the Malaysia’s labour market experienced uneven momentum following of health crisis and economic consequences. This had caused job losses as well as cancellation or freezing of new hires and subsequently resulting total employment to decline.

Among the industries in the services sector comprising wholesale and retail trade; repair of motor vehicles and motorcycles, they recorded a decline of 14.9% in mean monthly salaries and wages.

The accommodation and food and beverage service activities recorded a fall of 13.7%. 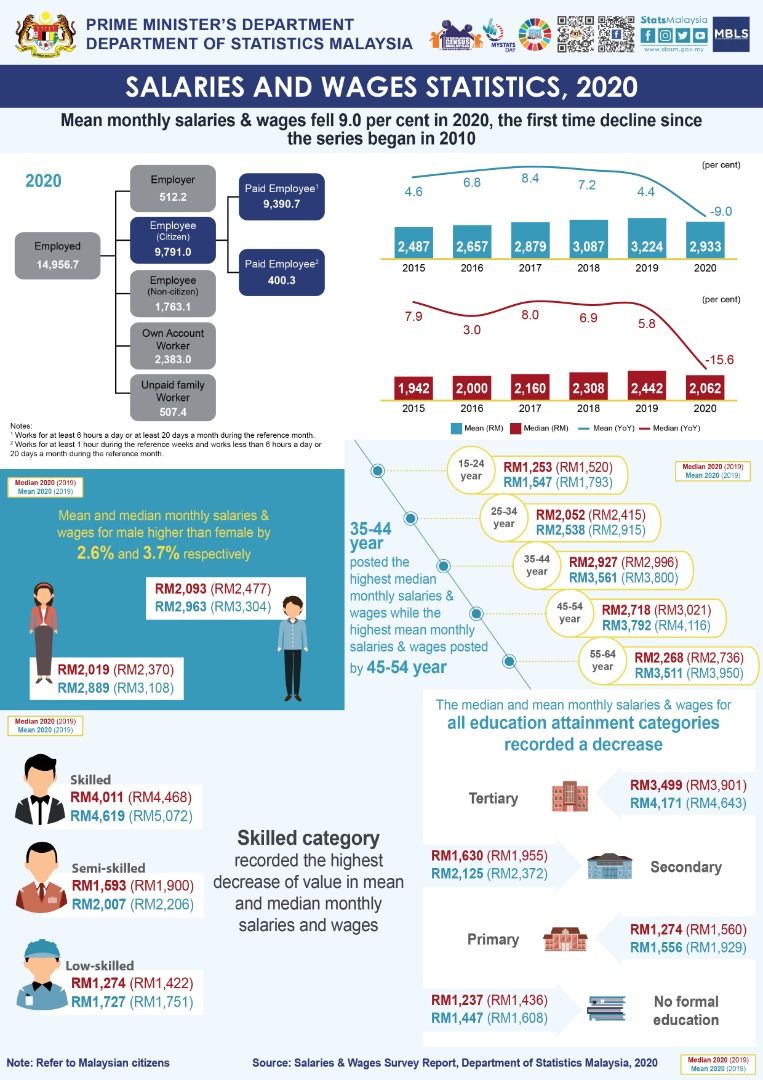 However, the mean value received by managers registered the largest contraction as compared to the previous year (2019: RM8, 855).

As for the elementary workers, they received mean monthly salaries & wages of RM1, 727 in 2020.

“All states recorded a decline in mean monthly salaries & wages as compared to 2019, ” he said. 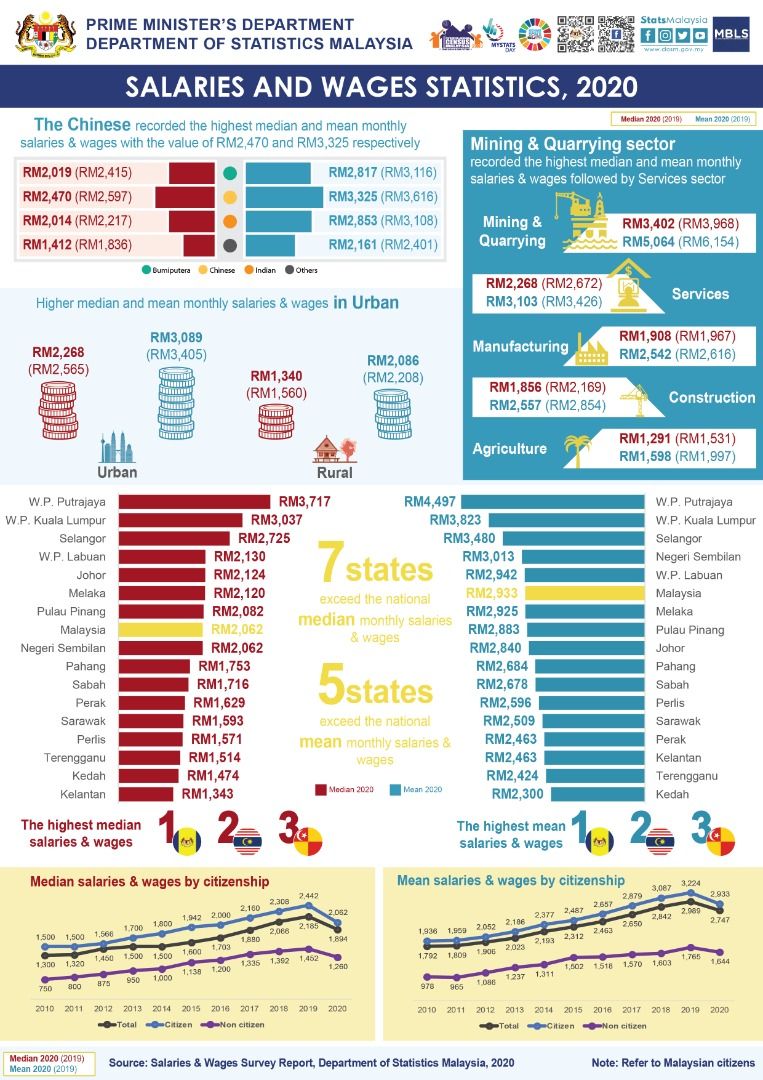 Another perspective of analysing the situation of monthly salaries & wages is the median value.

Median monthly salaries & wages recorded a double-digit decrease of 15.6%, after an average growth of 5.6% for the past nine years.

“The median value was RM2, 062 indicates half of employees earned above this value and half earned below.