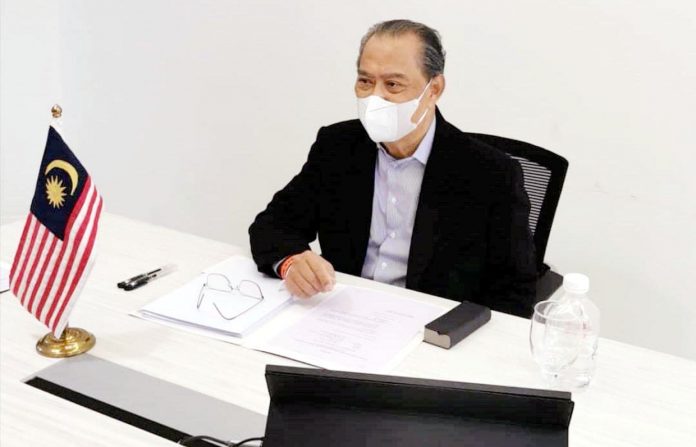 PETALING JAYA: More states are showing positive developments and could move on to the next phase of the National Recovery Plan (NRP), says Prime Minister Tan Sri Muhyiddin Yassin.

“Aside from the five states that have moved on to Phase Two of the NRP, there are other states showing good progress and have the potential to achieve the three threshold value indicators very soon,” he tweeted on Monday (July 5).

The three indicators are the number of daily Covid-19 cases dropping to below 4,000; bed usage at ICU wards remain at moderate levels; and 10% of the population who have received two doses of vaccines.

Muhyiddin tweeted this after chairing a National Security Council (NSC) meeting via video conference from the hospital to discuss latest developments over the Covid-19 pandemic.

“This also includes the enhanced movement control order (MCO) that is being enforced across districts in Selangor, 14 localities in KL as well as observation reports from each state under the NRP,” he added.

On Sunday (July 4), the Prime Minister’s Office (PMO) said Muhyiddin was receiving treatment for a digestive system infection and would be discharged in a few days’ time.

On June 30, Muhyiddin – who is a cancer survivor – was admitted to a hospital in Kuala Lumpur after suffering from diarrhoea.

Meanwhile, Muhyiddin said he hoped the pandemic would remain under control in the country and for current vaccination rates to be stepped up as more vaccines are being delivered from other countries.

“I would also like to express my appreciation to volunteers, NGOs, political parties, the private sector and the general public who came forward and assisted Malaysians who needed help, aside from the aid that is also channelled by the government,” he added.

Phase Two will have slightly eased restrictions in terms of business, sports and social matters.