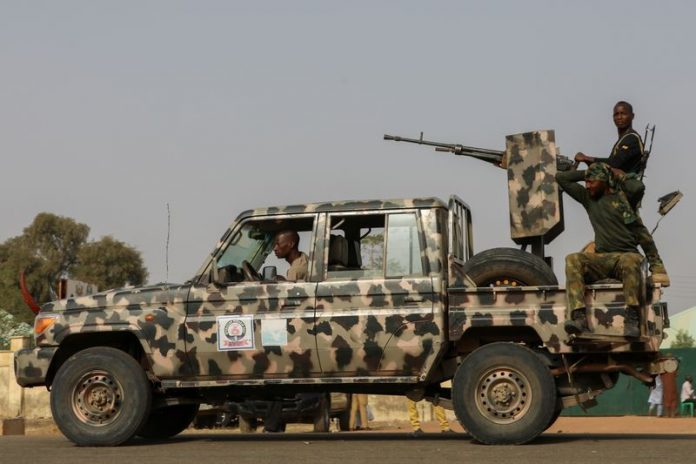 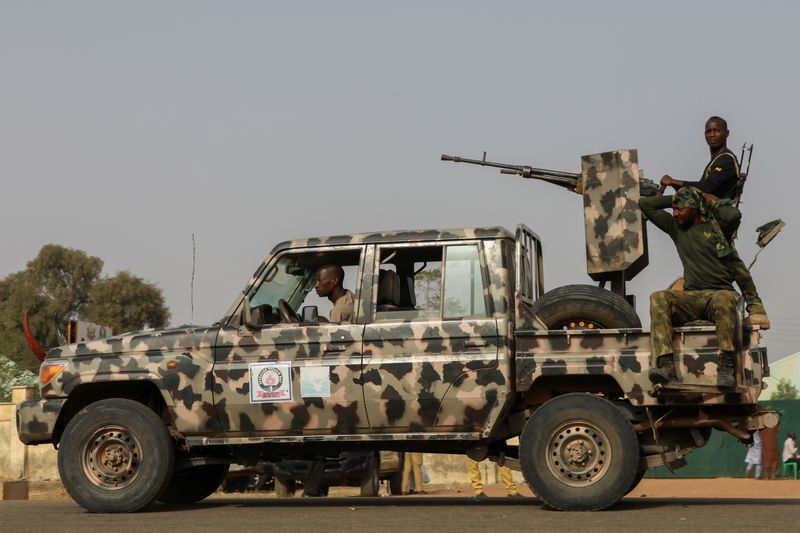 BAUCHI/MAIDUGURI, Nigeria (Reuters) – More than a dozen people were killed when suspected Islamist militants attacked a village in northeast Nigeria in the early hours of Wednesday, two local officials said.

Attacks by Islamist militants have been intensifying in northeast Nigeria in recent months, with dozens of soldiers killed and thousands of Nigerians displaced.

Wednesday’s attack took place in Dabna, a village near the administrative area of Hong in the state of Adamawa, the officials said.

James Pukuma, chairman of the Hong administrative area, told Reuters that 18 people had been killed when a group of gunmen on motorcyles stormed the village.

Two churches and a house belonging to a local resident were set on fire, said Mohammed Aminu, the chairman of Adamawa state emergency agency.

“The attack took place in the early hours of Wednesday, about 5 a.m,” said Aminu.

A local resident said an unknown number of people were injured and taken to Hong Federal Medical centre in Yola, the state capital.

(Reporting by Ardo Hazzard in Bauchi and Emmanuel Ande in Maiduguri; Writing by MacDonald Dzirutwe; Editing by Gareth Jones)

This Rental Platform Presents 360° Digital Excursions, So You Can Test Items With out...