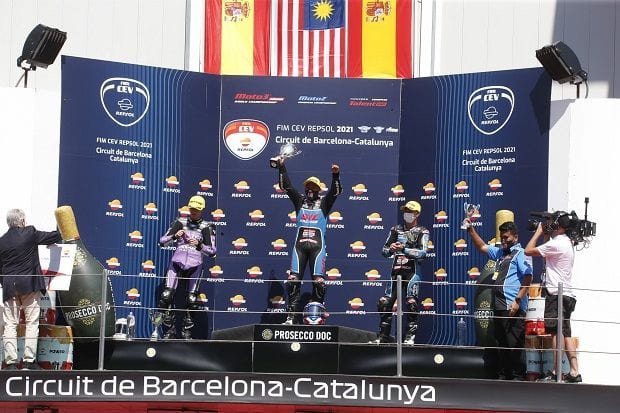 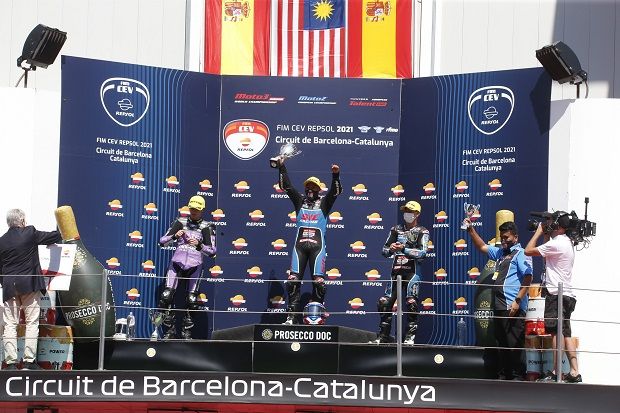 PETALING JAYA: It was a proud moment for Malaysia with the Jalur Gemilang flying high over Spanish soil after Moto3 rider Syarifuddin Azman rode to his first win in the FIM CEV Moto3 Junior World Championship.

Syarifuddin won Race 1 in the third round of the championship in Barcelona on Sunday (June 13), finishing the 16-lap race in 29:32.533, beating David Munoz Rodriguez of Spain into second place.

The SIC Racing Team rider, however, failed to finish Race 2 when he crashed out with five laps remaining.

The maximum 25 points he earned put the 19-year-old in 10th spot in the championship with a total of 31 points.

The championship is a feeder series for MotoGP.

Prime Minister Tan Sri Muhyiddin Yassin took to Facebook to congratulate Syarifuddin on his maiden win, saying he had made the country proud.

“Surely only determination, perseverance, determination and courage can lead a racer to be called a champion.

“Congratulations Syarifuddin and all team members on your success,” Muhyiddin said in his Facebook post Monday (June 14).

Youth and Sports Minister Datuk Seri Reezal Merican Naina Merican was among those to congratulate Syarifuddin on his win in a Facebook post Monday.

Spotify now lets you download songs on your Apple Watch

Eight illegals nabbed trying to sneak out of the country