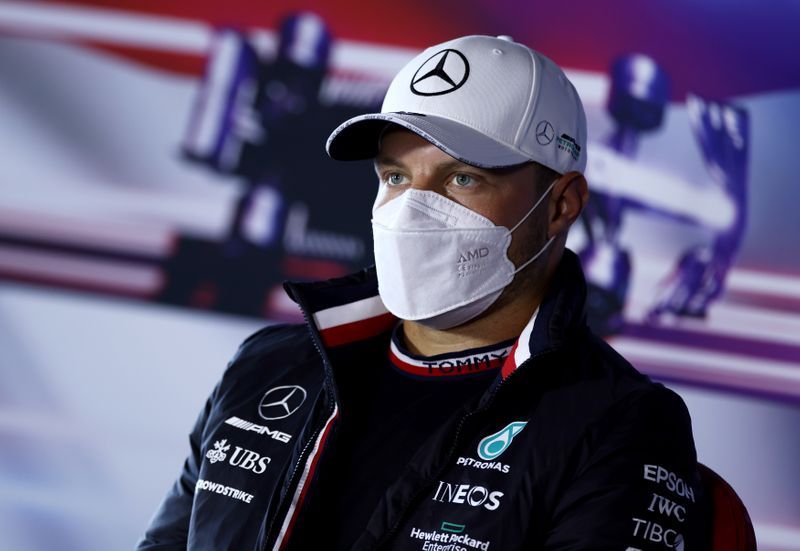 (Reuters) – Valtteri Bottas played down hopes of an imminent announcement about his Formula One future on Thursday after fellow-Finn Kimi Raikkonen announced his retirement at the end of the season, creating a vacancy at Alfa Romeo.

Bottas is a likely replacement at Alfa Romeo for the 41-year-old Raikkonen, whose 2007 world championship remains the last won by a Ferrari driver.

Asked ahead of the Dutch Grand Prix at Zandvoort when there might be an announcement, Bottas replied: “Not this weekend.”

The Finn would not say whether he knew already where he would be racing next year.

“Things are going in the right direction. I’m happy and I’m excited.”

The next race, the Italian Grand Prix at Monza, is a home race for Alfa Romeo and an announcement looks most likely to come there.

The sport is braced for a series of moves, with considerable speculation about who will be driving for Williams and also whether Italian Antonio Giovinazzi will retain the second seat at Alfa.

Bottas saluted Raikkonen, whose career in Formula One started with Swiss-based Sauber — now competing as Alfa — in 2001.

“Nothing lasts forever and eventually always there’s time for something new, and he had an impressive and long career in Formula One,” he said.

“He had an impact on me as a youngster, I was following him closely when he started in Formula One…I was doing my first season in single seaters with Formula Renault when he won his title with Ferrari.

“It’s been nice also racing him because he’s one of the drivers who when you race with him you feel quite comfortable going wheel to wheel. He’s always had good respect to his competition.”

Raikkonen told reporters separately he did not know what Alfa Romeo were planning next.

(Reporting by Alan Baldwin in London, editing by Emelia Sithole-Matarise)

Netflix Rejects Calls to Add Disclaimer to ‘The Crown’