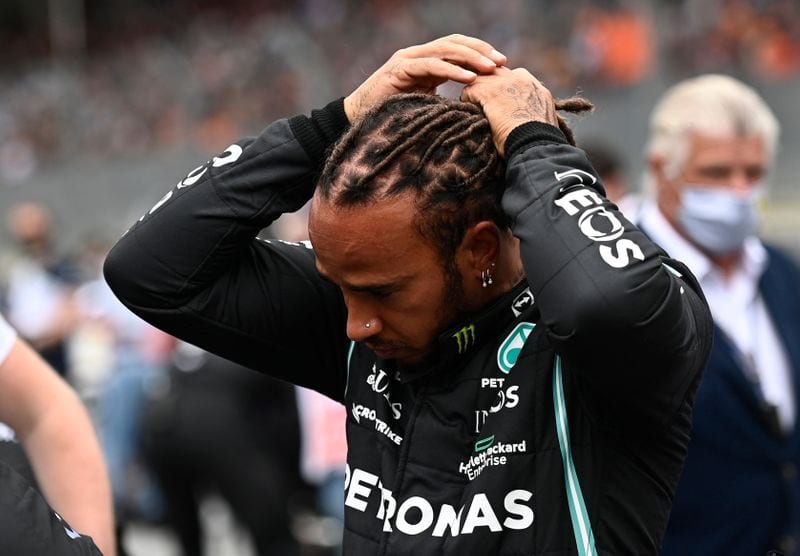 LONDON (Reuters) – A commission set up by Formula One champion Lewis Hamilton to help boost the number of Black people in British motorsport published its report on Tuesday with 10 recommendations for change and some damning insights into the industry.

The report, led by the Royal Academy of Engineering, found that none of the seven British-based Formula One teams or 4,000 UK motorsport companies had ethnicity data for employees.

An estimate, however, suggested that only 1% of the 40,000 strong workforce was Black.

Rhys Morgan, director at the Royal Academy, told reporters the research also found examples of “quite horrible racist comments”, which he said were waved away as ‘banter’.

One Formula One engineer said he had experienced jokes about Black people, afro combs, fried chicken, crime rates and poverty in Africa while a Black female race marshal spoke of people addressing her in a Jamaican accent.

The commission found a number of barriers to diversity, including hiring from a select group of top universities, the rural locations of teams and systemic under-achievement in schools.

There was also a feeling among Black students that motorsport was not for them, while a cost cap introduced this season created a potential barrier for taking on more apprentices.

Recommendations include asking Formula One teams to implement a diversity and inclusion charter for motorsport and possible cost cap exemptions for taking on staff from Black backgrounds.

“A lot of the teams are responsive on this,” said Morgan. “We are keen to explore that further with the FIA and Formula One.”

The report, released in the week of the British Grand Prix at Silverstone, proposed the establishment of a fund to develop programmes to address the factors contributing to high school exclusion rates among students from Black backgrounds.

It also suggested the piloting of new approaches to increase the number of Black teachers in subjects leading to careers in engineering and the creation of scholarship programmes.

Hamilton, the sport’s sole Black driver who was expelled from school as a youngster, hoped the report would start “a ripple effect” for change and saw it as a big part of his motorsport legacy.

“I would be like to be remembered for much more than just winning championships, which of course is an amazing thing on its own, but actually helping people and changing the industry and the viewpoints,” he said.

“We all bleed the same. There’s just no reason why it shouldn’t be as diverse as the world around us. If I am able to somehow shift the needle … that’s what I’m working towards.”

“We will take the time to read and reflect on all of the findings, but we completely agree that we need to increase diversity across the sport,” he said.

Other Sports: Soccer-Brentford fight back to return to Championship final