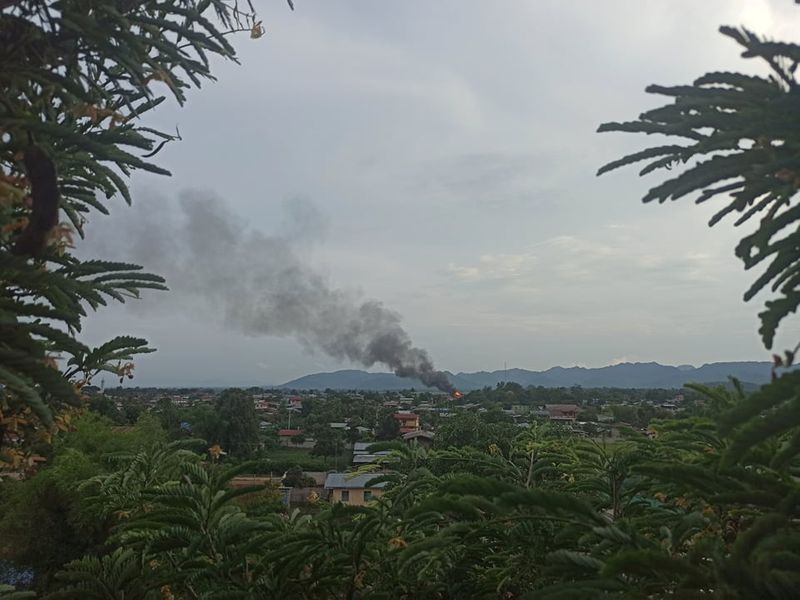 (Reuters) – A militia group in Myanmar’s conflict-torn Kayah State announced a halt to attacks on military targets on Tuesday, after appeals from local communities to cease fighting that had damaged homes and displaced more than 100,000 people.

The Karenni National Defense Force (KNDF), one of the largest of several civilian militias formed in recent weeks to oppose a Feb. 1 military coup, said it had temporarily suspended offensives but remained opposed to the military takeover.

“The KNDF urge people to be united,” it said in a statement.

People’s Defence Forces allied with pro-democracy groups have helped to stifle the junta’s bid to consolidate power, but some activists say the military’s use of heavy weapons in response to their attacks has put innocent lives in danger.

Myanmar has been in turmoil since the military overthrew Aung San Suu Kyi’s government, citing its refusal to address what it said was fraud in a November election. International observers have said the ballot was fair.

Militias, many armed with hunting rifles, have for weeks been ambushing security forces in Myanmar’s border regions, including Chin, Shan, Karen and Kayah States, many over unmet demands for the release of local people arrested after joining nationwide anti-coup protests.

The military has labelled them “terrorists” for allying themselves with an outlawed National Unity Government (NUG), which announced the creation of the militias six weeks ago as part of its strategy to defeat the junta.

The NUG did not immediately respond to a request for comment and a military spokesman did not answer calls.

The KPDF’s announcement comes a few days after United Nations High Commissioner for Human Rights Michelle Bachelet condemned the army’s “outrageous” use of heavy weapons, including in Kayah State, but urged militias to keep civilians from harm.

The junta on Monday said Bachelet failed to mention “acts of sabotage and terrorism” and “the sufferings and deaths of the security forces”.