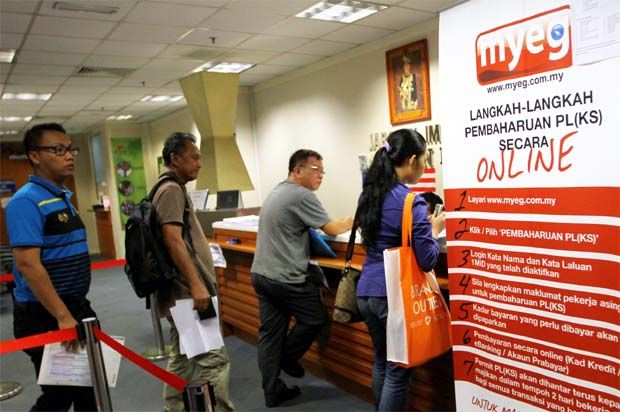 KUALA LUMPUR: Despite the growing vaccination rate in the country, MyEG Services Bhd is confident its venture into healthcare-related services will perform positively beyond FY21.

Citing examples, the research house said MyEG recently entered into an MoU with Singapore’s Breathonic Pte Ltd to work on gaining regulatory approval for the introduction of a rapid breath test for Covid-19 screening in Malaysia.

MyEG also plans to participate in a potential vaccine passport project as and when the government decides to roll out the system.

Moreover, the group plans to leverage on its partnerships with Anhui Zhifei Longcom Biopharmaceutical (AZLB) to distribute AZLB’s healthcare-related products outside of China, such as in the Philippines.

Meanwhile, MyEG said it has seen increased online transaction volume for its e-government services given that government counters are closed during this period.

It added that new services such as online motorcycle insurance and road tax (MITR) renewal, which began in 4Q20, are gaining traction.

MyEG expects to grow its MITR market share to 40% to 50% within the next three years from 10% currently.

For FY20, CGS-CIMB expects the anchor services related to road transport and immigration to remain fairly stable, making up 65% of the group’s FY21 revenue versus 70%.

CGS-CIMB, which reiterated its “add” call on MyEG and target price of RM2.50, said a potential extension of tax incentives for the group could be a share price catalyst.

The group has applied for new investment tax allowance from the government that will allow it to benefit from lower effective tax rates following its investment in new technology for e-government services, it said.