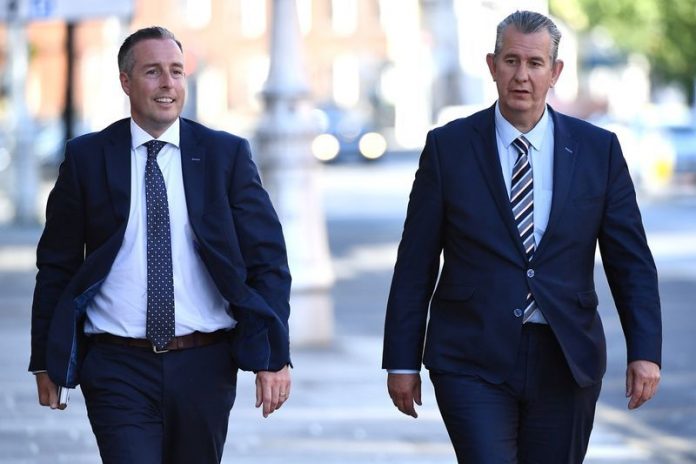 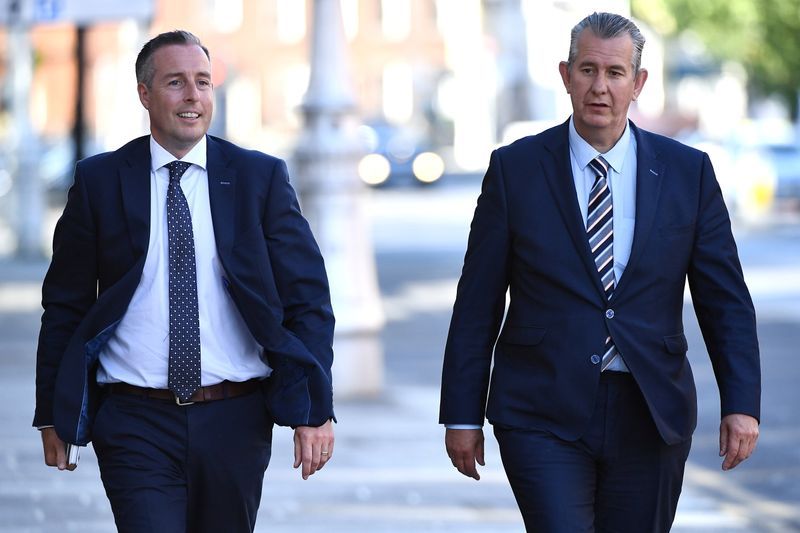 DUBLIN (Reuters) – Northern Ireland’s biggest parties agreed on Thursday to back a replacement for former First Minister Arlene Foster, staving off a fresh political crisis in the British-run region that threatened to lead to a snap election.

Foster resigned on Monday following her ousting as leader of the Democratic Unionist Party (DUP). Her successor, Edwin Poots, is seeking to nominate his social conservative colleague Paul Givan to take over as first minister and has until Monday to secure support of other parties in the power-sharing government.

Sinn Fein, the largest Irish nationalist party, insist the nomination be accompanied by the implementation of the cultural elements of a political agreement brokered by London and Dublin which restored the executive early last year following three years without a devolved administration.

The agreement included rights for Irish language speakers and Sinn Fein leader Mary Lou McDonald said the British government had agreed to introduce these through legislation in the London parliament after the DUP refused to do so in Belfast.

Sinn Fein will therefore participate fully in the five-party executive, McDonald said in a statement, clearing the way for Givan to become first minister.

The British and Irish government, co-guarantors of the 1998 peace deal that ended 30 years of sectarian violence in Northern Ireland and introduced devolved government, welcomed the agreement between the two parties.

Britain’s Northern Ireland Minister Brandon Lewis said on Twitter that he expected the ratification of the new first minister to take place later on Thursday.

Football: Soccer-‘Third club that belongs to a country’: Managers react to Newcastle takeover