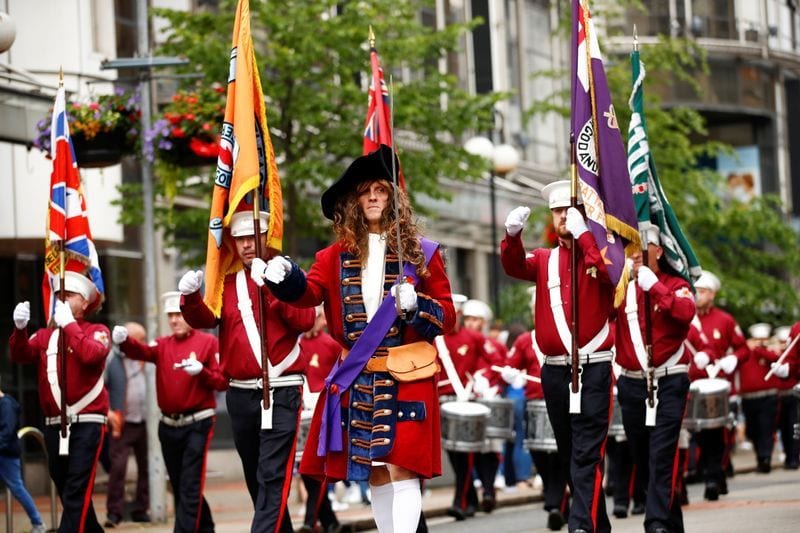 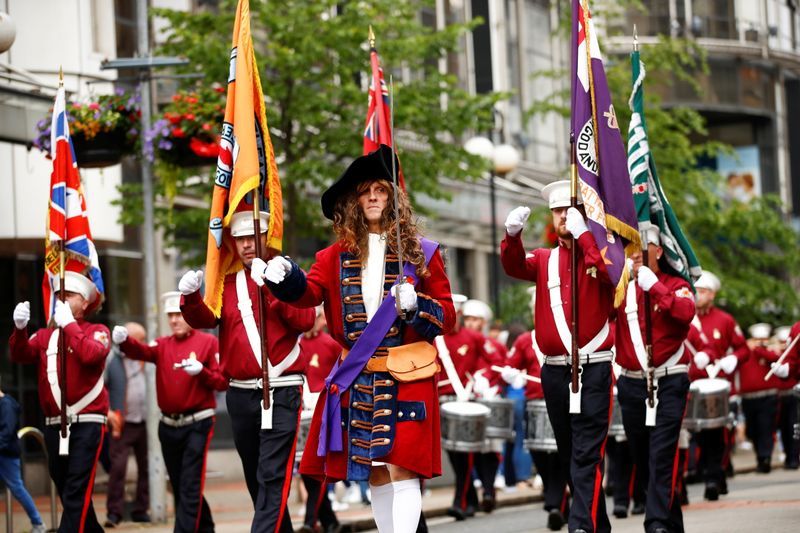 BELFAST (Reuters) – Thousands of members of Northern Ireland’s Orange Order began to take part in parades across the region on Monday with the peak of the annual marching closely watched this year due to anger among pro-British unionists at post-Brexit trade barriers.

The July 12 parades have often been the spark for violence, even after a 1998 peace deal largely ended three decades of conflict between Catholic nationalists aspiring to unification with Ireland and Protestant unionists seeking to retain the status quo.

The 35,000-member Protestant organisation will hold 500 smaller, local parades rather than the usual 18 large gathering to take account of COVID-19 restrictions and its chief executive told Reuters on Friday that he does not sense any appetite to turn parades violent or into Brexit protests.

The checks introduced by the Northern Ireland protocol on some goods moving from mainland Britain to Northern Ireland due to its open border with the EU via member state Ireland contributed to more than a week of riots earlier this year.

The parades, which celebrate the 1690 victory at the Battle of the Boyne by Protestant King William of Orange over Catholic King James of England and Scotland, will mainly be held in the morning and afternoon and also finish earlier than usual.

The lighting of bonfires on the eve of the July 12 holiday, some of which were draped in Irish flags, passed off peacefully over the weekend.

Public areas in Sarawak off limits from 10pm-5am

One of the workers injured in DASH scaffolding collapse dies