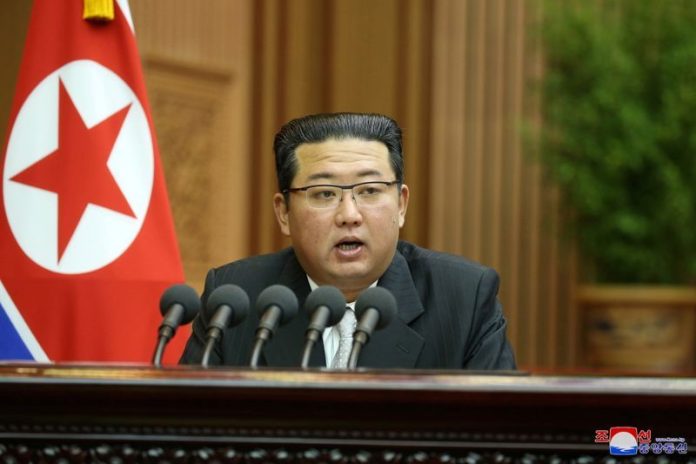 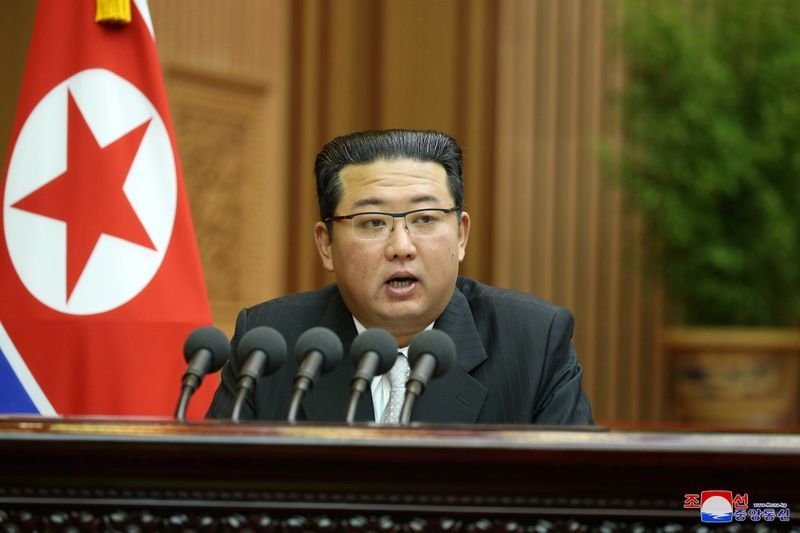 SEOUL (Reuters) – North Korean leader Kim Jong Un urged officials to focus on improving citizens’ lives in the face of a “grim” economic situation, state media reported on Monday, as he marked the anniversary of the country’s ruling party.

To celebrate the 76th anniversary of the founding of the Workers’ Party of Korea on Sunday, Kim made a speech to a gathering of officials, the KCNA news agency said.

Art performances, galas, and a fireworks show were held in Pyongyang, but no large military parade, which are sometimes held on such occasions, was reported.

North Korea’s economy has been battered by years of sanctions over its nuclear and weapons programmes, and heavy rains and floods have also taken a toll.

The country’s most vulnerable risk starvation after it slipped deeper into self-imposed isolation during the COVID-19 pandemic, and the worsening humanitarian situation could turn into a crisis, a U.N. rights investigator said in report seen by Reuters last week.

The country faces “huge tasks for adjusting and developing the state economy” and accomplishing the economic goals established in recent party and government meetings, Kim said in a speech focused largely on party matters.

“The only way for dynamically pushing forward the unprecedented crucial work despite grim situation is for the entire Party to get united,” he added.

Officials should not wish for privilege and preferential treatment, and “should always consider whether their work infringe upon the interests of the people or cause trouble to the people,” Kim said.

The U.S. State Department on Thursday accused Kim’s government of being primarily responsible for the humanitarian situation in the country.

“The regime continues to exploit its own citizens, to violate their human rights, to divert resources from the country’s people to build up its unlawful (weapons of mass destruction) and ballistic missiles programme,” spokesperson Ned Price told a briefing in Washington, while noting the United States supports efforts to provide humanitarian aid to North Korea.