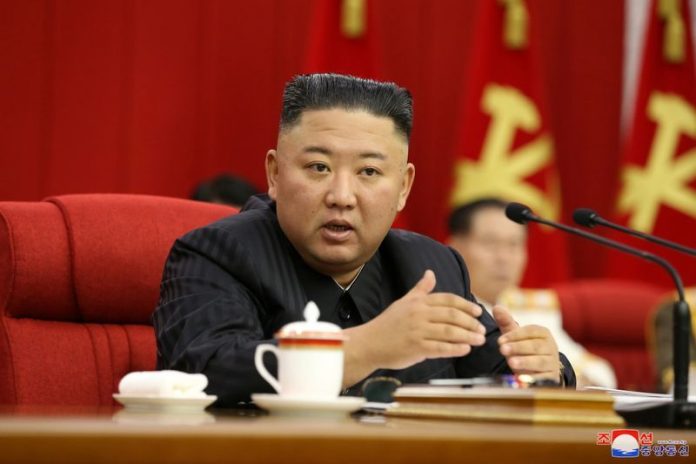 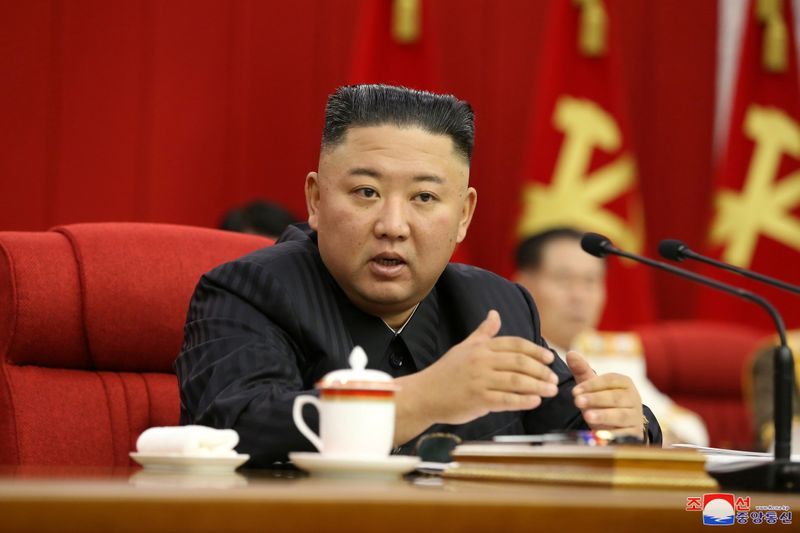 SEOUL (Reuters) – North Korean leader Kim Jong Un said the North should prepare for both dialogue and confrontation with the United States, particularly confrontation, after a “detailed analysis” of the new U.S. administration, state media KCNA reported on Friday.

His remarks come on the third-day of a plenary meeting of the ruling Workers’ Party’s central committee on Thursday, after he had called for measures to tackle the “tense” food situation caused by the coronavirus pandemic and typhoons last year.

Kim had made a detailed analysis of the policy tendency of the administration of U.S. President Joe Biden towards Pyongyang and urged the maintenance of “appropriate strategic and tactical counteraction” with the United States, KCNA said.

“The General Secretary stressed the need to get prepared for both dialogue and confrontation, especially to get fully prepared for confrontation in order to protect the dignity of our state and its interests for independent development,” it said.

Such moves would “reliably guarantee the peaceful environment and the security of our state.”

Kim also emphasized the need to “further enhance the strategic position and active role” of the North, while creating a “favorable external climate” on its own initiatives, KCNA said.

On Wednesday, Kim said the overall economy had improved in the first half of the year, with total industrial output growing 25% from a year before, but called for measures to tackle the “tense” food situation caused by the pandemic.

The plenary meeting continues, in which the committee evaluates and addresses goals and tasks to achieve a new five-year economic plan outlined at its previous session in February.

North Korea lashed out at the United States and its allies in South Korea last month in a series of statements saying comments from Washington on its North Korean policy were proof of a hostile policy that required a corresponding response from Pyongyang.

Tough times for IPOs | The Star