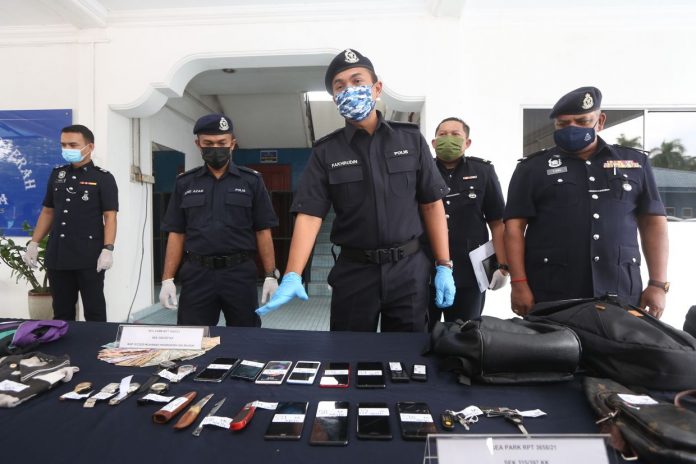 Petaling Jaya OCPD Asst Comm Mohamad Fakhrudin Abdul Hamid said a foreign guard had lodged a police report that seven men had allegedly robbed him and his housemates at their home in Section 19 here on May 26.

“The suspects armed with knives had threatened to hurt the victim before stealing mobile phones belonging to the victim and his housemates,” he told a press conference at the Petaling Jaya police headquarters on Thursday (July 1).

Acting on information gathered, a team from Petaling Jaya CID arrested five suspects aged between 21 and 48 here on Wednesday (June 30), he said.

“We believe the suspects were responsible for four robbery and motorcycle theft cases in the district and a case in Subang.

“Four suspects have past criminal records.

“One of them even has 24 past criminal records and another was held under the Prevention of Crime Act (Poca),” he added.

The suspects have been remanded until July 7, ACP Mohamad Fakhrudin said.

“This group targets to rob foreign workers,” he added.

Swansong for Mercedes-Benz taxi in Germany