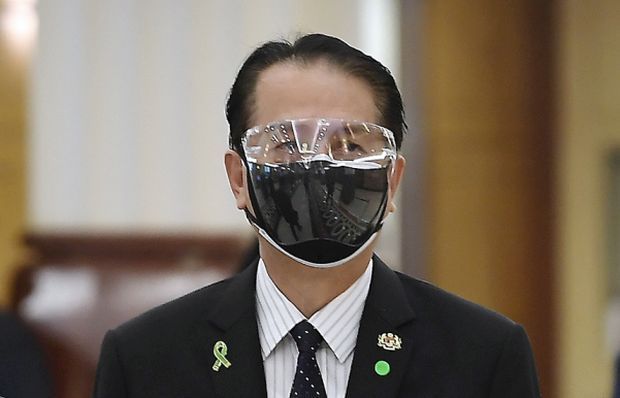 Health director-general Tan Sri Dr Noor Hisham Abdullah (pic) said 20,475 cases (98.0%) out of the total of 20,897 cases reported were in Categories One and Two for mild and asymptomatic cases.

“Overall, 15,371 or 73.6% of the total cases reported were those who had not received their vaccination or had yet to be fully inoculated.”

He said 1,005 patients were in the intensive care unit, with 464 requiring respiratory support.

Twenty-two new clusters were also recorded, out of which 11 were linked to the workplace.

“The Health Ministry data showed that the infectivity rate for the country remained at 1.02, with Perlis recording the highest at 1.22, followed by Sarawak (1.19) and Sabah (1.12).

“All of the states recorded an infectivity rate of over 1.0, except for Melaka, Selangor, Kuala Lumpur, Putrajaya, Labuan and Negri Sembilan,” said Dr Noor Hisham.

In conjunction with National Day, Dr Noor Hisham also called on Malaysians to unite as a team in protecting the country from the virus by getting vaccinated and adhering to standard operating procedures (SOP).

“The ministry would like to thank the frontliners and back-end officers who have worked tirelessly against the nation’s enemy, which is Covid-19.

“Not to be forgotten, I would like to express my gratitude towards all Malaysians who continue to follow the SOP in place.

“May Malaysia be ‘merdeka’ from the threat of the virus and our lives return to normal.”