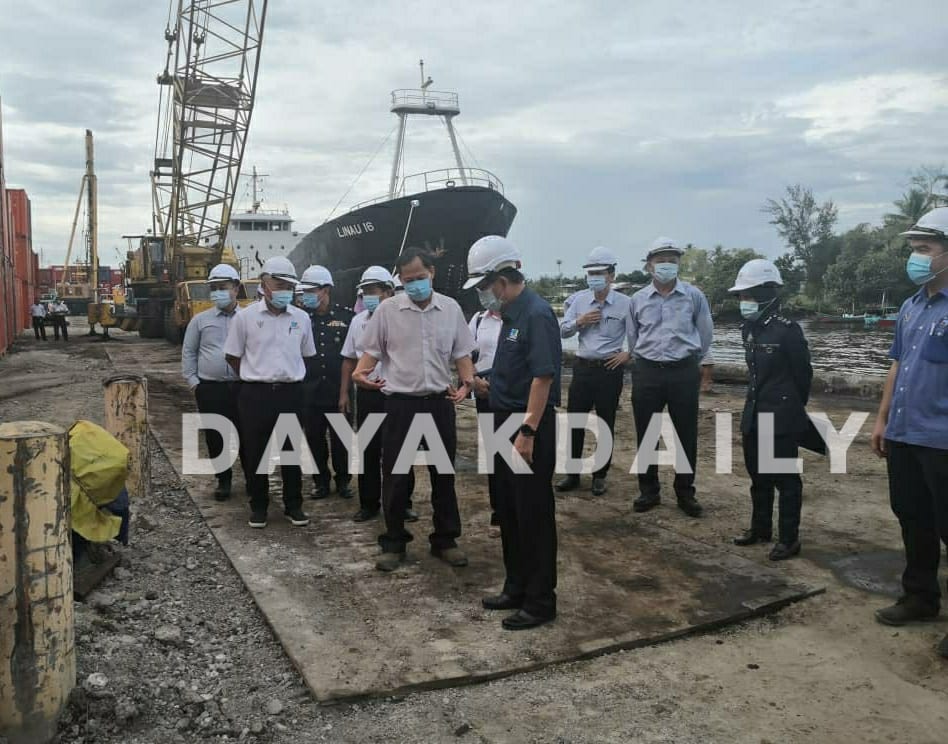 MIRI, 3 Dec: Following the strong demand and the increment of operation efficiency, Miri Port is constructing a new terminal in the vicinity on the other side of the Miri River which is scheduled to be completed by the end of June next year (2021).

On completion, all vessels engaging in the oil and gas industry will berth there, opined Minister of Transport Sarawak Datuk Lee Kim Shin.

Lee was met on Wednesday, after visiting Shin Yang and Sarimas Wharfs here.

He was accompanied by his Permanent Secretary and his officers from his Ministry and the Sarawak Rivers Board.

The delegation was briefed by the general manager of Miri Port, Serawa Budol on the operations of the two wharves.

The two wharves together handled about 1,000 containers a month.

For Sarimas wharf, most of it was used by four oil and gas companies, namely, Petronas Carigali, Shell, Nippon Oil and another oil and gas contractor for their crew change purposes in respect of their oil and gas workers daily.

According to Serawa, on average, about two thousand oil and gas workers used the wharf per day.

It was observed that Miri has quite a heavy river traffic, especially workboats and other categories used in the oil and gas industries.

For example, it was noted that certain section of the wharf has three to four boats to each boats berthing next to each other.

“Therefore, to resolves, this situation, the port is constructing a new terminal as a long-term solution,” said Serawa.

The Sarawak Rivers Board officers in Miri have been requested to monitor the Miri River traffic closely and put up more navigation aids to enhance riverine traffic.

The delegation also went to look at the Sarawak Rivers Board wharf near Piasau where repairs and improvement works need to be carried out next year. – Dayakdaily