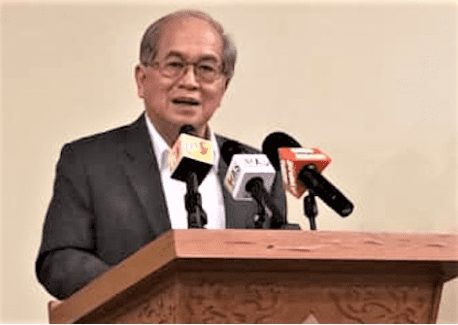 In a statement released yesterday, it said the root of the problem came after several Sarawakians misunderstood the announcement by Deputy Chief Minister Datuk Amar Douglas Uggah Embas recently.

This led to a chain message circulating on WhatsApp claiming that SV would help pay rents for those unable to pay and also help with financial problems.

“The statement by Datuk Amar Douglas Uggah Embas is clear that any issue faced by Sarawakians staying in Peninsular Malaysia has been addressed by Rumah Sarawak.

“When he urged Sarawakians facing problems paying rents and losing their jobs to contact Rumah Sarawak, it is for Rumah Sarawak to refer them to the Community Welfare Department if they are qualified.

“Other than that, it is to refer them to apply for the Bantuan Prihatin Nasional (BPN) which has been provided by the federal government and the Bantuan Khas Sarawakku Sayang (BKSS) by the state government,” it said.

SV maintained that it was only an NGO focusing on Sarawakians living in Peninsular Malaysia, Sabah and Labuan who had yet to receive their aid and ensure they had access to food aid.

“Almost 20,000 Sarawakians who are not returning home during the movement control order (MCO) is being taken care of by Rumah Sarawak and SV.

“An operations room is also open to receive complaints a day before the MCO came into effect on March 17, to provide food access during the period and ensure their wellbeing is cared for,” it said.