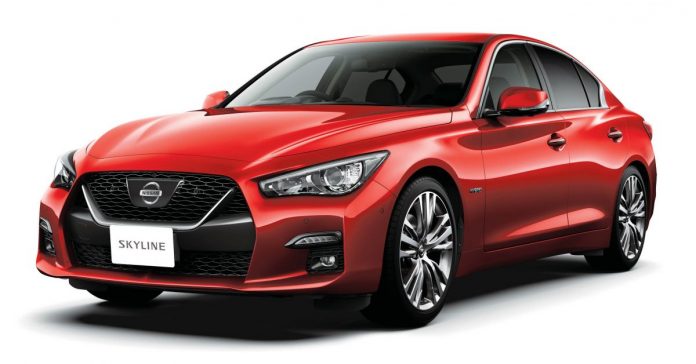 As part of its plans to trim its model count by roughly a fifth by 2024, Nissan will stop developing new versions of its four remaining sedans being sold in Japan and switch its focus to SUVs. The move will impact the Cima, Fugu, Sylphy and the company’s long-running Skyline sedan, which is now in its 13th-gen form.

The automaker informed major suppliers of its plan last week, sources familiar with the matter told Nikkei Asia. Numbers seem to have everything to do with that decision. According to data from market research firm MarkLines, Nissan sold just 5,800 units of its four sedan models domestically last year, accounting for just 1% of its new-vehicle sales.

Having debuted in 1957, the Skyline is Nissan’s oldest nameplate and boasts a deep fan base, but demand for the current V37 (sold as the Infiniti Q50 elsewhere) is a far cry from that in the 1970s, when sales of the model peaked. During the decade, Skyline sales totaled 660,000 units over a four-year period. Nissan has yet to decide whether to stop producing the Skyline as well as the Fuga and Cima, but production of the Sylphy ended last year. The automaker’s Tochigi factory north of Tokyo has been a production base for the Skyline and other sedans, but plans in place to start assembling its new Ariya electric vehicle there sometime this year may eventually see the company dedicate the factory to electrics.

However, the Skyline name may live on – the report adds that given its brand cachet, the automaker will consider using the name for SUVs and electrics.

It doesn’t mean the end of the road for the brand’s sedans, because development of the type will continue for overseas markets. That’s because the automaker’s sedans have fared far better away from home, with around 950,000 sold elsewhere globally last year. Although sales were down sharply from the roughly 1.7 million units sold in 2016, sedans remain popular in China and in many other markets.

Football: Soccer-Klopp could extend Liverpool contract beyond 2024 if he has ‘energy’