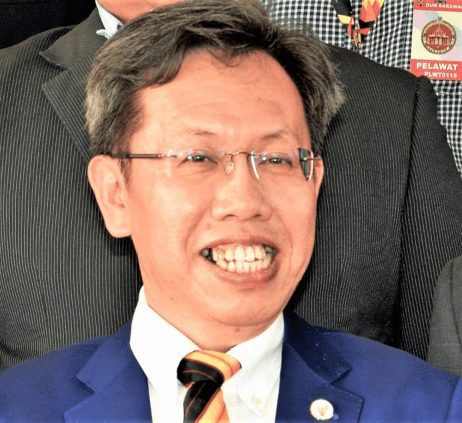 KUCHING: There are no cases of Covid-19 patients being reinfected in Sarawak.

Local Government and Housing Minister Datuk Seri Dr Sim Kui Hian said, however, there were reports that Brunei had 17 cases of reinfection.

“We have gathered this information and passed it to medical specialists including Health director-general Dr Noor Hisham Abdullah so that they can look further into the matter,” he told a press conference yesterday.

Asked whether Sarawak had the highest percentage of Covid-19 patients in hospitals compared to the other states, Dr Sim explained that more than 300 active cases were reported when actually there were only about 100-plus active cases.

“We only consider them fully discharged once they leave the hospitals and after the step-down centre.

“When they go into step down, they still need to undergo 14 days of quarantine and cannot meet anybody,” he explained.

“This does not mean those who go for another 14 days’ quarantine after testing negative are not well but we just need them to be under further isolation.”

Deputy Chief Minister Datuk Amar Douglas Uggah Embas added, “That is why two negative tests are needed to ensure a person is really for free from the disease.

“If a person who is discharged suffers a relapse, then that will be a problem. That is why we have a place that is called the step-down centre at the Youth and Sports Complex.

“We have to be careful about this… That is the principle and I hope the public will understand. I don’t think Sarawakians should condemn the Sarawak General Hospital and frontliners because they are our heroes and have been making a lot of sacrifices for us,” he said.

It was reported in The Star, that as of April 18, Sarawak showed the highest percentage of active cases among all the other states in the country, with 332 or 82.4 per cent out of 403 patients being treated.