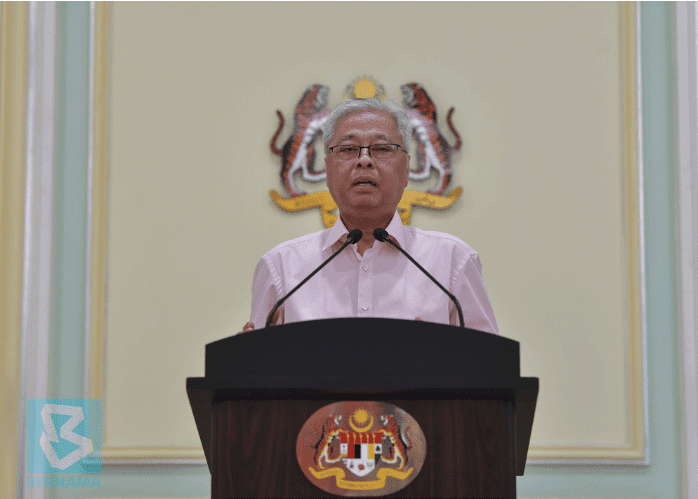 KUCHING: The federal government has decided not to allow the e-bazaar concept to replace the traditional Ramadan bazaars for the duration of the Movement Control Order (MCO) period.

Senior Minister (security cluster) Datuk Seri Ismail Sabri Yaakob said the decision was made at a cabinet meeting today after analysing the views from the Federal Territories Ministry, which had proposed the concept.

“We have listened to the views from the Federal Territories Ministry and Kuala Lumpur City Hall (DBKL) on their plans to start e-iftar, where stalls are allowed to open to sell food during Ramadan.

“The meeting today has decided that whatever form of business related to e-Ramadan bazaar or e-iftar, be it in the form of drive-thru, order & collect and pack & pick, will not be allowed.

“So, there is no more issue related to Ramadan bazaar or e-iftar. Even in the form of ‘e’ (electronic), it is not going to be allowed,” he said in a televised address today.

Ismail Sabri explained during a question and answer session with the media afterwards that any form of bazaars are forbidden to open during the MCO period.

However, he said that purchasing food via e-hailing, which is allowed at the moment, will not be affected.

“We just don’t want to allow any form of bazaars. This is because, for an example, if a bazaar has 50 stalls and even though the business can be done via e-hailing, the place will still be congested and crowded and this is what we want to avoid.

“So e-hailing will be allowed, but there will not be any form of bazaars,” he added.

Previously, the Federal Territories Minister, Tan Si Annuar Musa, said 66 locations in both Kuala Lumpur and Putrajaya are being considered as venues for Ramadan Bazaars, while also discussing on alternatives possible for Malaysians to continue visiting Ramadan Bazaars during this period, such as drive-throughs or delivery.

Iftar refers to meals taken during breaking of fast during the Muslim fasting month of Ramadan.

Muslims are scheduled to start their one month of fasting from April 24 onward.