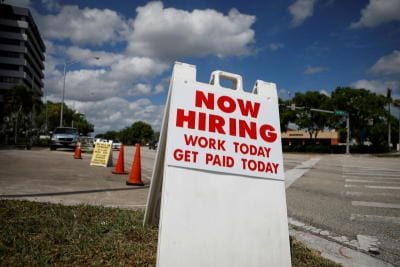 The United Nations agency forecast the outlook improving to 205 million unemployed next year – still well above the 187 million recorded in 2019 before the coronavirus crisis wreaked havoc.

According to ILO models, that equates to a global unemployment rate of 6.3% this year, falling to 5.7% next year but still up on the pre-pandemic rate of 5.4% in 2019.

“Employment growth will be insufficient to make up for the losses suffered until at least 2023,” the ILO said in a report, World Employment and Social Outlook: Trends 2021.

Stefan Kuehn, ILO economist and lead author of the report, told Reuters that the true impact on the labour market was even greater when reduced working hours imposed on many workers and other factors were accounted for.

All told, it estimated that working hours losses in 2020 relative to 2019 amounted to the equivalent of 144 million full-time jobs in 2020, a shortfall that still stood at 127 million in the second quarter of this year.

“Unemployment does not capture the impact on the labour market,” Kuehn said, noting that whereas hiring in the United States had resumed after massive job losses, many workers elsewhere, particularly in Europe, remained on reduced-hours schemes.

Women, young people and the 2 billion people working in informal sectors have been hardest hit, with 108 million more workers worldwide now categorized as poor or extremely poor compared to 2019, it said.

“Five years of progress towards the eradication of working poverty have been undone,” the report said.

Why Japan and the rest of Asia could be a top...