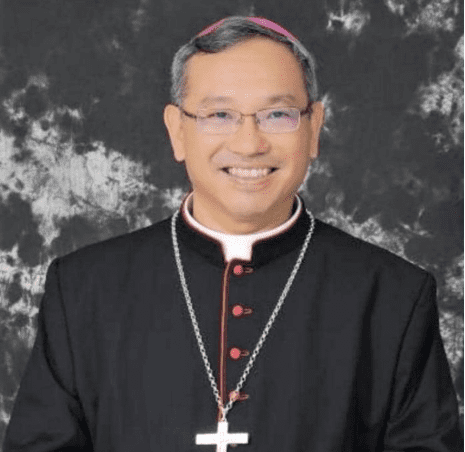 KUCHING: The Roman Catholic Church will not opt for virtual marriage ceremonies amidst the movement control order (MCO).

Roman Catholic Archdiocese of Kuching Archbishop Simon Poh said Catholics are prohibited from resorting to virtual marriage solemnisation because the recitation of the vows and consent would not be valid.

“For Catholics, marriage ritual must be done in person, physically. The exchange of vows and marriage consent between a man and woman will only become valid if it’s done in person face to face,” he said when asked by New Sarawak Tribune if the church had intention to go online to enable Christian couples to get married if the MCO is extended.

He stressed it was important for Christians to follow the proper process in order to ensure that their marriages were churchly valid and legal.

“All marriages in Malaysia whether they are registered directly with the National Registration Department or at church through the department’s Assistant Registrar of Marriage must ultimately adhere to the requirements of the law.

“All the documentation of marriages must to be in compliance with the inquiry and procedure of the Assistant Registrar of Marriage at the National Registration Department (JPN),” said Poh, who is also the chairman of the Association of Churches in Sarawak.

Anglican Bishop of Sarawak and Brunei Reverend Datuk Danald Jute also stated that the Anglican Church had no intention to go for virtual marriage ceremonies.

He agreed that technology had enabled the church’s Masses and services online, but stressed that there must be a limit with regards to performing certain religious rituals online.

“There are limits to what we can allow via modern equipment. In saying this, and with all due respect, I am not making any judgment on this approach,” he said.

Noting that many couples were scheduled to tie the knot in church this year, both Anglican and Catholic churches believe that the members understand the need for postponing the ceremonies for the duration of the MCO period.

“We have contacted the couples and many are postponing their marriages to a later date,” Poh said.