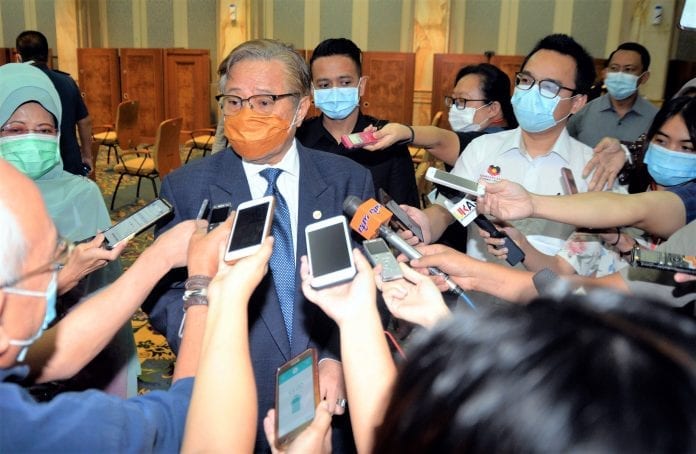 KUCHING: Sarawak is not surrendering any of its right with the recent understanding reached by both the state and Petroliam Nasional Berhad (Petronas), said Chief Minister Datuk Patinggi Abang Johari Tun Openg.

He said, in contrast, with the decision of both parties to reach a commercial solution, Sarawak now has obtained its rights to State Sales Tax (SST), which previously, they had to fight for in court.

He was responding to critics and irresponsible opposition parties who latched onto the issue of the Sarawak-Petronas settlement, questioning whether the state had surrendered its rights to Malaya.

“No (we are not surrendering our rights). Actually, we got the rights (to SST), previously we didn’t have it, that is why we went to court and it has ruled that we have the right,” he told reporters yesterday.

Abang Johari said the commercial solution reached between the state and Petronas was merely an understanding, and not an agreement.

He said, while the state recognised the Petroleum Development Act (PDA74) to be in force nationwide, Sarawak’s laws such as Oil Mining Ordinance 1958 (OMO58) took precedence statewide.

“PDA is for the nation, for the other side we have OMO58,” he said.

He added that under the new understanding, Sarawak was negotiating a new arrangement with the federal side, the outcome of which would be presented before the State Legislative Assembly (DUN) consultative committee.

“There will be representatives from Sarawak and other interested parties in the negotiation,” he said.